(BLVD/Notes and Bolts)
By Doug Simpson 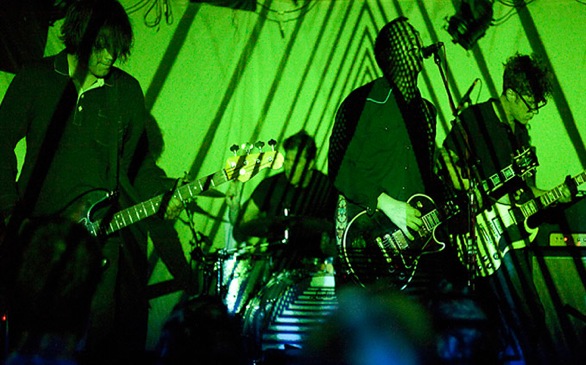 Don’t categorize Chicago’s Pink Frost by the band’s name. While the moniker might evoke a U.K. group famous for a huge pig and a wall, Pink Frost (originally Apteka) employ monolithic guitar riffs, a sludgy rhythmic thickness and, on sophomore release Sundowning, an alt-rock tendency which could put them into arenas and out of mid-level clubs.

Initial single “Ruins” is the best post-‘90s tune Billy Corgan will never pen, whereas opener “Western Child” has a rolling, thunderous escalation with a churning guitar drone that adds unexpected ebb. Pink Frost proves capable of toned-down tumult during lengthy “Who I Belong To,” which has modern rock radio appeal and probably makes the girls swoon.

But the tangible attractions are notched-up, six-string chords and pounding drums and bass, mixed suitably into moderately grungy backdrops by producer Steve Albini. These higher-octane highlights include fatalistic “Orange Sky Suicide” and “Occupy Within,” where the idea is rebellion starts in the mind before going physical.