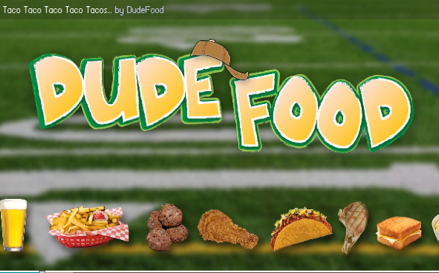 Move over, Martha Stewart! There’s a new cooking show in town, and this time, the boys are taking over the kitchen. "Dude Food" is a cooking show on ifood.tv that focuses on creating meals for, you guessed it, dudes.

Sean Michael Beyer and Adam Carbone are the hosts of "Dude Food," and they are a very unlikely duo, to say the least. Sean, a self-described foodie, has been cooking since he was very young and loves to eat meat. Adam, on the other hand, is a proud vegetarian and his cooking skills leave much to be desired.

To put it another way, if Sean and Adam were superheroes, Sean would be the wise and meticulous leader, and Adam would be the goofy and loveable sidekick. They might be different, but when they work together they create amazing food.

On "Dude Food," Sean and Adam make mouthwatering dishes that put a gourmet spin on college campus classics, such as grilled cheese sandwiches, scrambled eggs and macaroni & cheese. While the show’s target audience is young adult males (i.e. “dudes"), anyone would enjoy these delicious recipes.

Sean’s passion for cooking shines in this video series, and it is great to see him have so much fun preparing male-friendly dishes. You can tell how excited he is to share his passion with others, and his enthusiasm is contagious. In addition, Adam’s quirky comments and silly mannerisms liven up the show, and the target audience will be able to relate to his youthful personality.

Incorporating comedy into cooking, Sean and Adam mock each other throughout the episodes, as well crack jokes to the audience itself. For example, on one episode of "Dude Food," a piece of rustic bread is described as “unrefined and simple, yet warm and inviting…much like the hosts of this show.”

"Dude Food" is perfect for college students, because the show’s laid-back vibe makes cooking fun and relaxed, which is a breath of fresh air in comparison to the other stuffy and more serious food shows. For those of you who normally binge on ramen noodles and peanut butter and jelly sandwiches, this show could give you a new perspective on college cuisine.

Dude Food airs on ifood.tv/DudeFood, where you can also find full recipes for all of the meals, including ingredients and cook times.