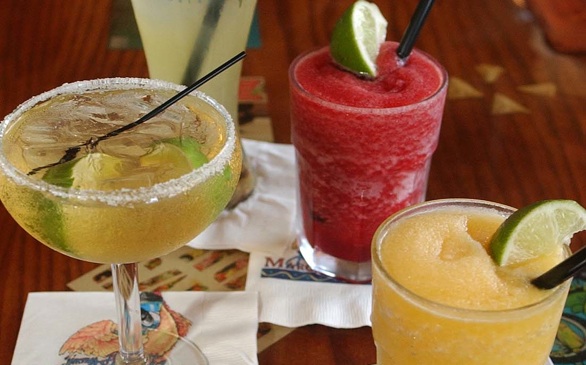 Um, is it the weekend yet??
(Credit: JESSICA MANN / ORLANDO SENTINEL/ MCT)

It's no secret that Californians love their booze, but did you know that the Golden State drinks on Sundays more than any other state in the U.S.? This fact, and a few more interesting ones, were found in the latest Blowfish National Hangover Survey.

The survey details the nation's drinking and hangover behaviors. Not only do Californians love Sunday cocktails, but they also have strong preferences for Bloody Marys and mimosas. The top beer is Corona followed by Newcastle and Sam Adams. The favorite cocktails are margaritas with runners-up rum and cokes and mojitos, and the go-to shots are Patrón shots, next to lemon drops and Jägerbombs.

Partying during a worknight is probably not recommended, but we're sure almost everyone has been guilty of doing this at some point in time. According to the survey, the professions that have people who are more likely to be hungover on the job include waiters, realtors, sales, police officers (yikes!) and chefs.

Also included in the survey results are funny (but perhaps not that surprising) facts about men and women's drinking preferences. For example, when men get drunk, they mostly refer to it as getting "buzzed," while women call it "tipsy." Women prefer margaritas while men prefer rum and cokes. Lastly, women are 40 percent more likely to drunk dial an ex (ugh, guilty); men are three times as likely to have sex to cure a hangover. Wow.

Blog
There’s a $1,000 steak served in a box at this Miami Beach restaurant. We have questions
1,692 views

Blog
Keto vs. Mediterranean diet: Which is the best choice for diabetics?
666 views