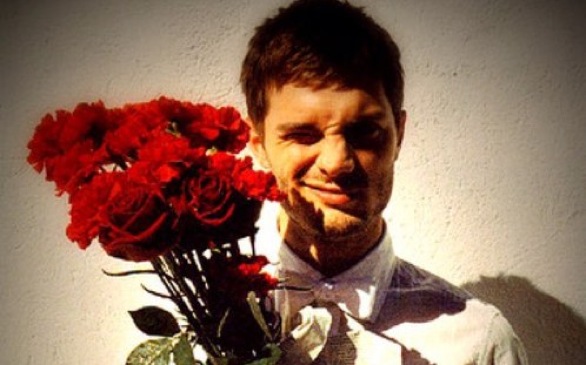 Do you think he has what it takes to pull of this role of Christian Grey?
(Credit: twitter.com/JamieDornan1)

If you were one of the Fifty Shades of Grey fans left scratching your head after Charlie Hunnam was first cast as Christian Grey, you were probably even more perplexed when it was announced Jamie Dornan would take over the role.

On Wednesday evening, Variety reported that Dornan, 31, would fill in for Hunnam, who abruptly dropped off the highly anticipated project Oct. 12. While Hunnam was by no means a major movie star, he was known to many for his role on FX's popular series "Sons of Anarchy." Dornan, however, is even less recognizable -- though at first glance, some might confuse him for doppelgangers Emile Hirsch or Andrew Garfield.

Earlier this week, Fifty Shades producer Michael De Luca told me he wanted a "fresh face" for his leading man -- and Dornan is about as fresh as it comes. Here are five things you should know about the native of Holywood, Ireland -- yes, you read that right:

1. His biggest roles have been on TV. Though he had a brief cameo in Sofia Coppola's 2006 adaptation of Marie Antoinette, Dornan is best known for his television work. His first major role came as the Huntsman on ABC's fairy-tale drama "Once Upon a Time," though more recently he's also appeared in the Irish-British crime series "The Fall."

On the hit BBC program -- a number of episodes are available in the U.S. on Netflix -- he plays a bereavement counselor who is concealing his true identity as a serial killer. He's received strong reviews for his two-faced turn -- the Huffington Post U.K. wrote that "he inhabits thoroughly the complexities of a man older than himself, believable in both guises of loving family man and psychopathic loner."

2. He's comfortable getting down to his skivvies. Once referred to as the "male Kate Moss," Dornan began his career as a model. He's popped up in advertisements for Dior, Banana Republic, Diesel and Calvin Klein. (Buzzfeed has a lovely, and possibly NSFW, gallery of his most famous shots here.)

Dornan's looks have long gotten him attention. In 2006, the New York Times ran a profile of him under the headline "The Golden Torso." In that story, the actor told the paper that he didn't see himself as "particularly good-looking."

3. He prepares heavily for his roles. There may only be a few weeks until Fifty Shades begins production Nov. 13, but don't expect Dornan to show up on set unprepared. To get into character on "The Fall," he said he read a handful of books on serial killers and watched hours of interviews with Ted Bundy.

His serious preparation may have to do with the fact that he doesn't like being considered a model-turned-actor. "There's a massive stigma attached to it," he told The Scotsman earlier this month. "Why do people think it can't be done? Why can't you be a good actor -- I'm not saying I am a good actor -- but why can't you do good work as an actor when you've had your photograph taken? Is it because you stood in a room and looked depressed while people took photographs of you?"

4. He's also a musician. Until 2008, Dornan was in a folk duo called Sons of Jim. They opened for KT Tunstall on six occasions, and you can still hear some of their songs on YouTube.

5. He's taken. Sorry, ladies. Earlier this year, Dornan wed singer-songwriter Amelia Warner, and the couple announced in June that they are expecting their first child. Warner used to be married to Colin Farrell. Dornan also has a high-profile romance in his past: Years ago he dated Keira Knightley, though he was aware of the, er, differences between them. "The man is meant to be the alpha in the relationship on the money and power front," he said after their 2005 break-up, "and clearly I was not."