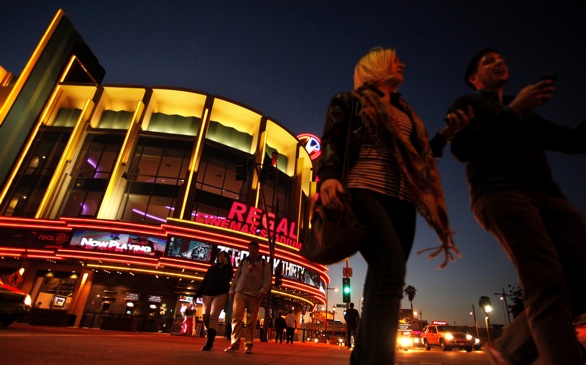 If Netflix delivers big movies on the day of release, what will happen to movie theaters?
(Credit: Genaro Molina/Los Angeles Times/MCT)

Netflix is a popular choice for those who want to stream older movies and recent television shows. However, Netflix might be able to offer its customers much more.

This could increase Netflix’s profits, but it's not good news for theater owners. The goal for Netflix is to bring movies, big and small, right to viewers so they can enjoy them from their own couch. If that happens, then theaters can lose a lot of business.

John Fithian, the president of the National Association of Theater Owners, told Deadline, "The only business that would be helped by [same-day] release to Netflix is Netflix," according to the Huffington Post.