Left Lane Cruiser: Rock Them Back to Hell! 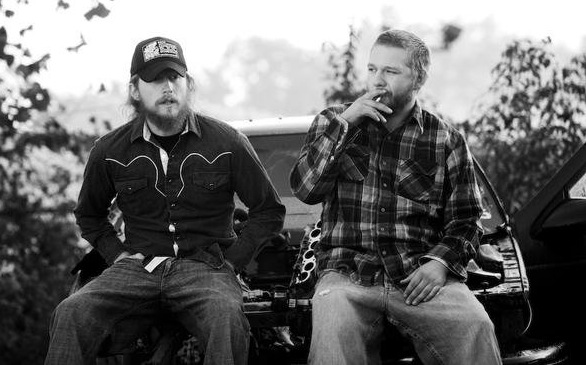 On the twosome’s sixth studio release, Rock Them Back to Hell!, Joe Evans IV (slide guitar/vocals/harmonica) and drummer Bren Beck (who also uses cans and other trash to bang out percussion) thrash through 10 tracks of gritty, blues-infused songs that sound like Jon Spencer covering R.L. Burnside while the walking dead throng the stage.

Cuts such as the appropriately head-thumping “Zombie Block” and the semi-acoustic, alcohol-fueled “Juice to Get Loose” are filled with distorted vocals and a Southern sensibility. Evans sings like he’s been gargling with rock salt and puts the stomp into the swamp with his twisted guitar riffs on righteously rocking numbers such as frenzied “Jukebox” or the electric blues-rumbler “Overtaken” (about getting lost in the wrong neighborhood).

Even when these boys slow down to a low grumble, like during rural love tune “Coley,” (which puts Tom Petty on a pedestal) there’s a level of mire that is all-insistent.