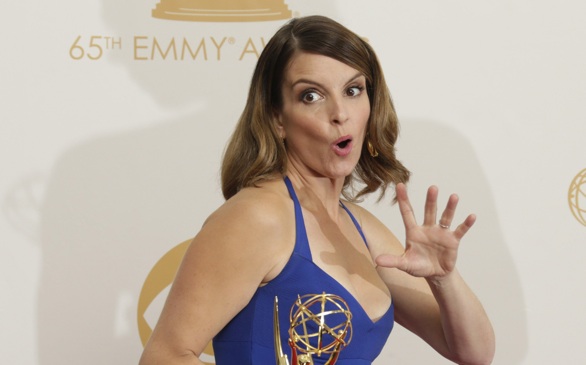 Watch out, everyone! Tina Fey has cooked up a new show, and we bet it's hilariously delicious.
(Credit: Lawrence K. Ho/Los Angeles Times/MCT)

Next fall might mean the beginning of a new school year for some, but for comedy TV junkies, it means a (hopefully!) hilarious new series that has "Tina Fey" written all over it.

NBC reportedly ordered 13 episodes for Tina Fey's new comedy series about a woman who leaves a cult and starts a new life in New York City. The "30 Rock" creator/star developed this new project with writer/executive producer and partner, Robert Carlock.

Fey's "30 Rock" ran on NBC for seven seasons and won six Golden Globes. It ended in January. Will her new series achieve the same level of success or more? We hope so!