Golden State Warriors Have No Defense Against Los Angeles Clippers 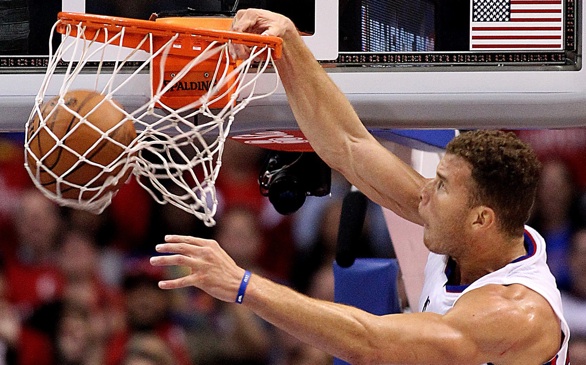 LOS ANGELES -- No, the bad blood between the Warriors and Los Angeles Clippers didn't die down over the offseason. That reality was evident when the two clashed at Staples Center on Thursday night.

The intensity was palpable, the disdain obvious. And the Warriors didn't appear up for the challenge most of the game. They got behind big, and not even a fourth-quarter explosion from Stephen Curry could save Golden State from falling to 1-1.

Round 1 of what's turning out to be one of the more intense rivalries in the NBA went to the Clippers 126-115.

If the Warriors have any hopes of winning the season series against the Clippers for the second consecutive season, or snatching the Pacific Division title, they are going to have to play much better defense and cut down the turnovers.

The Warriors put together a worthy offensive performance on Thursday, shooting 52.6 percent from the field. Curry led the way with 38 points and nine assists, and David Lee had 22 points before fouling out.

But the Warriors committed 25 turnovers, including 11 by Curry. Their 35 fouls led to 50 free-throw attempts for the Clippers. And Golden State was out-rebounded by 11, as Clippers center DeAndre Jordan (17) had more boards than Andrew Bogut and Lee combined (11).

That's not going to cut it against the team many believe is the best in the Western Conference. Especially not with the way the Clippers feel about Golden State.

The first shot between the teams was fired before the game.

It's a long-standing tradition for Christians on both teams to attend a chapel service together. Each NBA arena offers this service to the players, and always one time and one room. But multiple team sources confirmed the Clippers broke that tradition and separated the services, informing the Warriors they would have their own service earlier.

That was the first sign the Clippers' disdain for the Warriors hadn't dissipated. The second was the aggressiveness of Paul from the outset, on both ends.

On offense, he went at Curry. He broke down the Warriors defense and had the Clippers offense clicking. He also smothered Curry with physical defense, harassing Curry into numerous turnovers.

"He's a great player," Jackson said of Paul. "There's going to be nights where great players make plays and get it going no matter what you do. Give him credit. We'll face him again down the road, but give him credit."

One sequence in the third quarter typified the night.

Curry's pass was picked off by Blake Griffin at the 5:07 mark. That turned into an alley-oop from Paul to Griffin on the other end.

The next time down, Paul picked Curry's pocket and threw another lob to Griffin. It was Curry's eighth turnover, and it pushed the Clippers' lead to 86-70.

Jackson took Curry out and, on the very next possession, Paul intercepted a pass from Toney Douglas and turned it into a third straight fast-break lob to Griffin.

The Warriors were down 18, and the wheels were coming off.

But something clicked in Curry. Perhaps it was his ninth turnover, or the embarrassment of getting yanked from the game, or the challenge that Paul presents.

Curry opened the fourth quarter with a 3-pointer, cutting the Clippers' lead to 93-83. Then at the 10:03 mark, he cut the deficit to nine with another 3-pointer.

The Clippers responded with a 10-4 run to push the lead back to 15. But Curry went on a tear. He scored the Warriors' next nine points, capped with a four-point play as he was fouled on a transition 3-pointer. The Clippers' lead was down to 110-102 with 6:05 left.

But Golden State's defense wasn't close to good enough to hold off the Clippers. Los Angeles scored on four straight possessions, including two pull-up jumpers by Paul, pushing the lead back to 13. Paul then found J.J. Redick for a 3-pointer to all but end the Warriors' hopes.