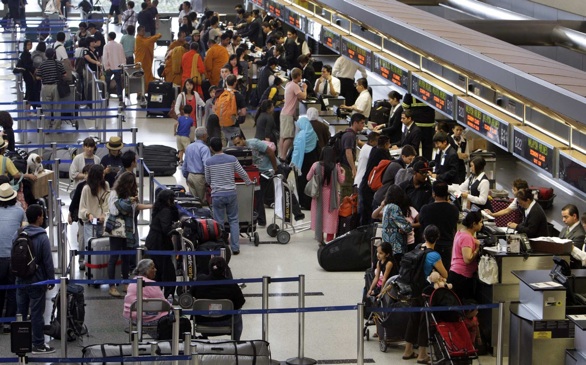 Around 9:30 a.m. Friday morning, gunshots were reported at Los Angeles International Airport (LAX) in Terminal 3, according to the Los Angeles Times.

Multiple news sources are reporting that one TSA agent was killed and that the gunman was killed as well. Witnesses say they heard multiple shots and saw people running.

The suspected gunman is believed to have had an assault rifle. He went past the screeners and into the airport, according to Chief Patrick Gannon from LAWA (Los Angeles World Airports). Currently, the suspect is not believed to be involved in a terrorist organization. Officials believe there is only one suspect.

Traffic around LAX is jammed, and some flights have been grounded. But flights are continuing to land, and some flights have even started taking off in some south terminals. Mayor Eric Garcetti recommends that if you have a flight later this afternoon, avoid going to the airport because of the ongoing investigation. If you are traveling to LAX today or if your flight is coming in from the airport, expect delays.

[UPDATE 1:05 p.m.]: The LA Times reported earlier that the suspect is dead, but other sources say the gunman is in critical condition.