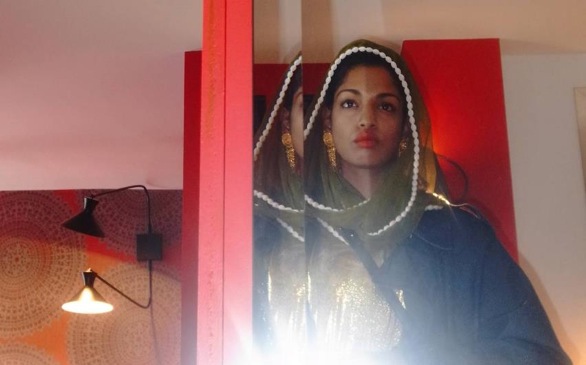 The first proper album in three years from hip-hop deity M.I.A. begins with a calming “om,” but you’ll find no peace and quiet here. Perhaps her brashest release yet, Matangi is a hornet’s nest of beats and braggadocio.

In the same vein of 2010’s grossly underrated MAYA, this LP is a grower. The assault of unpolished, whiz-bang noises and unhinged rhymes might be too much for the casual listener. Cocksure lyrics such as “I’m an overweight heavyweight female Slick Rick” from the machine-gun quasar “Bring the Noize” are all over this masterwork. Instant gratification is hard to come by on Matangi, but repeated listens will dole out rewards.

Viral sensation “Bad Girls,” a bombastic Bhangra number all about bling and ferocity, reappears here, after originally popping up on the 2010 Vicki Leekx mixtape. And the Sri Lankan provocateur re-appropriates the bored “Y.O.L.O.” mantra with the thundering “Y.A.L.A.” (“You Always Live Again”). It explodes with the rubbery beat of Lady Gaga’s “Poker Face” and Hindu imagery, putting to shame all other “carpe diem” dance tracks.

Matangi is also rife with self-awareness. On “Boom-Skit,” the spitfire shrugs off critics who were aghast at her trying “to steal Madonna’s crown” when she upstaged the "Material Girl" in a 2012 Super Bowl performance. (M.I.A.’s subtle flip of the bird earned her a lawsuit from the NFL.)

The artist, also known as Maya Arulpragasam, samples herself on the jagged, India-inspired “Come Walk With Me”. “M.I.A. coming back with power, power!” she proclaims at the end, borrowing a line from “Bamboo Banga” off 2007’s Kala.

And with this album, she proves the power is still in her court. No one in the game is as ballsy or militant as she.