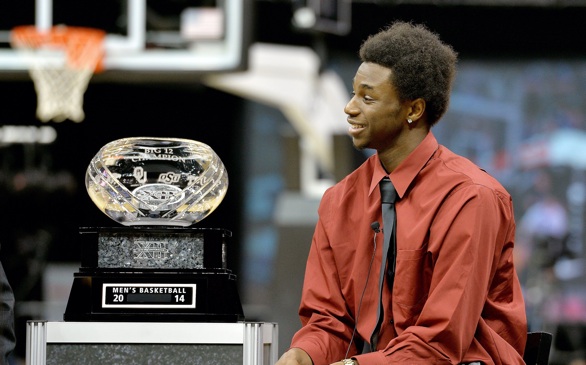 Kansas small forward Andrew Wiggins will be a top pick in the next NBA draf.
(Credit: John Sleezer/Kansas City Star/MCT)

With the NBA season only a little less than a week old, the worst teams are competing to get the No. 1 overall pick in the next draft lottery.

The Philadelphia 76ers is considered one of the worst teams and could have a chance to get the first pick. General manager Sam Hinkie hopes to build a young team with its two talented rookies. The Charlotte Bobcats hired former Los Angeles Lakers assistant Steve Clifford as its head coach, and the team already has center Al Jefferson on a three-year contract. Orlando Magic had a worst end to the season and will still look for younger players. They will probably give more minutes to the younger players and repeat last season’s performance.