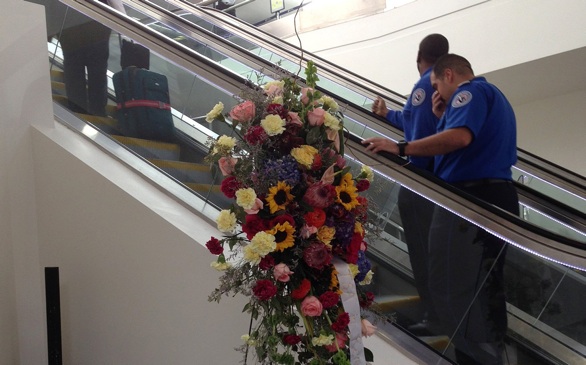 Paul Ciancia attacked five people in Terminal 3 at LAX airport Friday morning, killing one TSA officer and injuring at least three (possibly four) others. The investigation over the weekend led to new updates on the details of this tragedy.

Ciancia is charged with killing a federal officer and creating violence at an international airport. He might face the death penalty or life in prison without parole.

TSA officer Gerardo Hernandez died on the scene. Ciancia shot Hernandez while he was checking documents, and he also shot him again when he saw him moving on the ground.

Two other TSA agents, James Speer and Tony Grigsby, were injured and released from the hospital on Sunday. Also, Brian Ludmer, a high school teacher, was shot in the leg but is in fair condition as of Sunday. An unidentified victim is still at the hospital in critical condition. Police officers shot Ciancia multiple times in the chest to halt his actions, according to CNN. However, the Los Angeles Times reports that he was was shot four times in the head and a leg.

Ciancia was looking to harm TSA officers. According to witnesses, he went up to multiple people asking if they were TSA.

One reason Ciancia could have disliked TSA is that he felt that it was creating the New World Order conspiracy theory against the government to create a totalitarian government.

His goal was to kill a TSA officer and commit suicide after. He has no history of mental illness.

Throughout the weekend, more than 1,000 flights were delayed.