People's Choice Awards 2014 Nominees Are In - and We Have Our Top Picks! 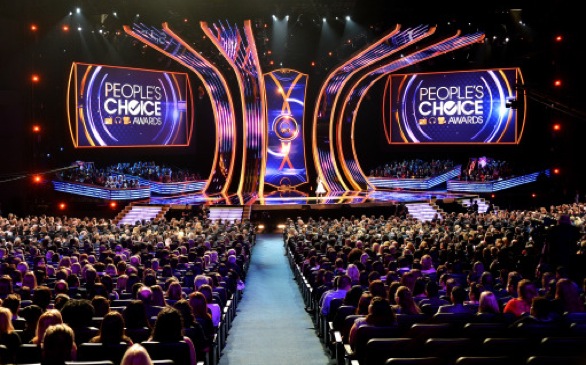 Finally, one of the rare awards show where the people supposedly have full control has announced its nominees for the 2014 show.

The People's Choice Award, which airs on Jan. 8, 2014 on CBS, gives out awards in music, television and film based on the public's votes. These nominees are based on a voting phase that took place between Oct. 22 and Oct. 31. Voters are encouraged to keep voting for their favorites until the voting ends on Dec. 5.

Below is a list of nominees and Campus Circle's opinions on who should be crowned the winner in each category. Do you agree with us?

Our winner: Favorite Movie should go to Iron Man 3, obvi. It was the most successful film at the box office this summer.

Our winner: Leondardo DiCaprio may have never won an Oscar (and he might never), but we will be damned if he doesn't win a People's Choice Award this year!

Our winner: Sandra Bullock gave a phenomenal performance in Gravity. Seriously, watching her float around in space gave us anxiety.

Our winner: World War Z. We prefer zombies over superheroes and really fast cars any day.

Our winner: Um...excuse us, but where is This Is the End? Fail. If we had to choose, probably We're the Millers.

Our winner: Gravity. Captain Phillips was great and so was The Butler.

Our winner: Despicable Me 2. Those minions are just too cute.

Our winner: The Conjuring. Raise your hand if you walked of the theaters afraid of your own shadow.

Our winner: The Call. Almost-all-grown-up Abigail Breslin was sensational in this thriller.

Our winner: We have a tie. This current season of "Glee" is leaving us quite intrigued; what direction are the writers going now that the show's male star has passed away? However, "Modern Family" is never short of laughs.

Our winner: "Grey's Anatomy"! Shootings, ferry crashes, plane crashes and now a storm! The doctor gang is keeping us on our toes, and we can't wait to see what creator Shonda Rhimes has in store (although, we do know that we'll have to say goodbye to everyone's favorite doctor, Christina Yang.)

Our winner: "Dancing with the Stars." We're sorry, but we love seeing celebs learn how to shake what their mamas gave them!

Our winner: "Hot in Cleveland."

Our winner: "Sons of Anarchy." We're sure we would LOVE this show if we actually sat down and watched it...

Our winner: "Game of Thrones." This show, filled with gore, sex, betrayal and surprise twists, had us out of breath last season. However, "Homeland" does seem like a show we could really get into if we gave it a chance.

Our winner: "American Horror Story" is so intense. And Jessica Lange is just oh-so-good!

Our winner: Ellen DeGeneres! We love her, and she scored major points with her Nicki Minaj Halloween costume this year.

Our winner: Wow, can we pick three winners? If so, it would have to be Fallon, Kimmel and Colbert.

Our winner: This is where we have yet another tie. We love "Arrested Development," but "Orange is the New Black" is such a nice surprise. Netflix, you are simply wonderful.

Our winner: "30 Rock." Bring back Tina Fey and Tracy Morgan!

Our winner: Avicii. We're pleasantly surprise by this nomination, so our vote goes to him!

Our winner: P!nk - There's no doubt about it. This songstress has always been 100% real, and we appreciate that.

Our winner: Ariana Grande. Oh, hello little Mariah Carey in the making! You have our vote!

Honorable mention: Lorde. For a teen who's just about to turn 17, this singer is incredibly impressive.

Our winner: We love us some Justin TImberlake.

Our winner: Turns out not many of us in the office listen to country. Um...Taylor Swift?

Our winner: Although Robin Thicke's "Blurred Lines" has been on the radio all summer, Rihanna has been on our radar. We love Unapologetic and we hear her shows are amazing (when she shows up on time, anyways).

Our winner: "Radioactive" by Imagine Dragons is on our repeat, next to "Mirrors" by Justin Timberlake.

Our winner: The 20/20 Experience by Justin Timberlake. I mean, it's a two-disc album that's both brilliant and addicting. Good work, JT.

Our winner: Hate on her and her music video all you want, but Miley Cyrus' "Wrecking Ball" video was entertaining, provocative and hilarious - she's got us watching music videos again!

Our winner: Lady Gaga's Little Monsters. It's even more impressive that her Little Monsters started acting the part when the whole Perez Hilton vs. Lady Gaga social media fight blew up.