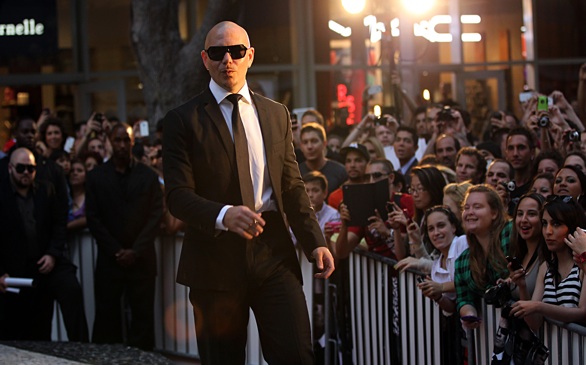 Pitbull (the rapper, not the dog breed) will be hosting this year's 2013 American Music Awards at NOKIA Theatre in L.A. Live.

The Cuban-American rapper, who has been nominated for at least four AMAs in the past, will also be performing his hit single "Timber" with "Tik Tok" singer, Ke$ha. The two join the list of performers that already includes Miley Cyrus, Lady Gaga, Kendrick Lamar, Macklemore & Ryan Lewis, One Direction, Luke Bryan, Florida Georgia Line and Imagine Dragons.

To see who has been nominated for an AMA this year, click here.