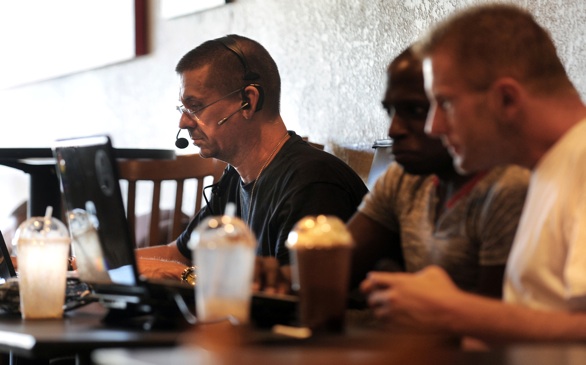 Back in August, Los Angeles City Councilman Bob Blumenfield proposed that the city give all of its citizens free WiFi. Now, it seems that the rest of the L.A. City Council agrees with him as they unanimously voted Tuesday to start a bidding process searching for potential vendors that would provide free wireless Internet to Angelenos.

All 13 council members agreed that it's time to start finding companies that will set up free WiFi while "ensuring the city does not 'significantly influence' private Internet carrier competition," according to Fox News Los Angeles. But realistically, this could be a problem for private Internet carriers. Free citywide WiFi can be a big threat to these companies, and they have argued it can hurt their business.

However, Blumenfield has stated that free WiFi could be beneficial for both public and private sectors: “There may be a happy compromise here where there can be a win-win for both the public sector and the private sector," such as allowing "private firms to offer a commercial service to customers in addition to the free product in exchange for access to city infrastructure," said Blumenfield, according to CBS Los Angeles.

If Los Angeles does provide free WiFi to residents, it would become the largest U.S. city to do so. It was recently reported that 57 cities have free WiFi, including San Jose, Calif., Santa Clara, Calif., Raleigh, N.C., Albany, N.Y., Houston, Texas and El Paso, Texas.