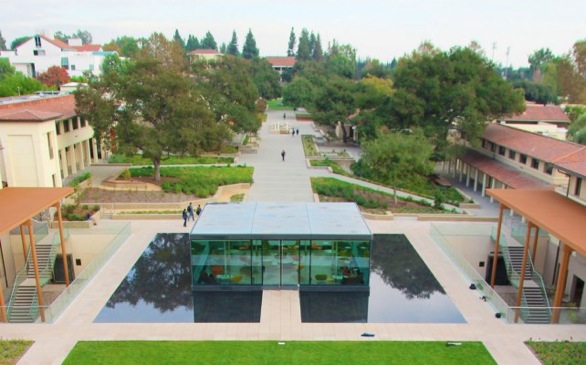 This liberal arts college has a curricular emphasis on economics, government, and public affairs.
(Credit: Facebook.com/ClaremontMcKennaCollege)

As part of its "Best Colleges in America" series, Business Insider has released its list of the 20 best college campuses in the country. The schools who made the list are the obvious Ivy League schools (Columbia University, Dartmouth College, Yale University and Princeton University), but some California-based schools stood out.

Claremont McKenna College in Claremont, Calif. was at the top of the list, and Scripps College (also in Claremont) came in at No. 11. Pomona College was No. 19, and Stanford University rounded out the list at No. 20.

To create its "20 Best College Campuses in the U.S." list, Business Insider looked at what these schools have to offer outside of the classroom and on the campuses: libraries, career services, beautiful surroundings, etc.

Students at Claremont McKenna College reportedly "receive a high ranking for their quality of life, as well as the career services and financial aid that the school offers and Claremont's food and dorms," according to Business Insider. The SoCal college's Marian Miner Cook Athenaeum also gained recognition for bringing in big name speakers for discussions and talks.