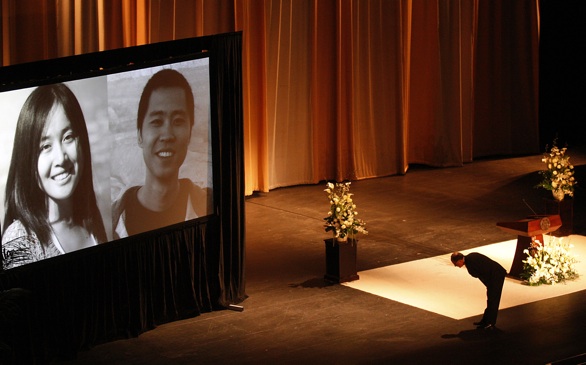 The two men who have been charged with murder for fatally shooting two Chinese graduate students from the University of Southern California pleaded not guilty, according to the Los Angeles Times.

Twenty-year-old Javier Bolden and 21-year-old Bryan Barnes have each been charged with two counts of murder; they face the death penalty or life in prison without parole.

Bolden and Barnes are accused of killing Ying Wu and Ming Qu, both 23, on April 11, 2012. The two USC students were sitting in a parked BMW near the campus when they were shot and killed. Their iPhones were stolen, which led investigators to Bolden and Barnes.