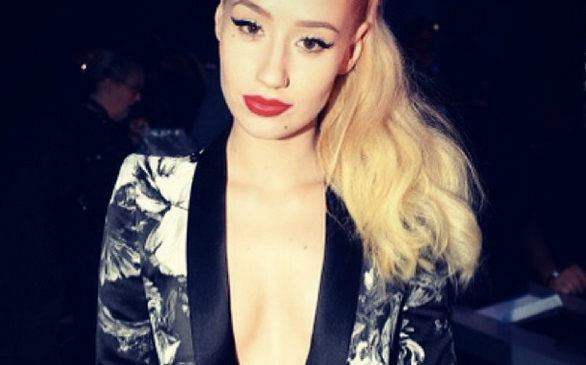 Beginning next week, Southern California promises to host a number of kick-ass shows for our musical pleasure.

M.I.A.
When: Nov. 11 and 12, 2013
Where: The Belasco
Why You Should Go: Why wouldn't you want to see the rapper who upstaged Madonna during the 2012 Super Bowl halftime show by flipping off her middle finger? And check this: she then said the middle finger is actually a symbol of the Hindu goddess, Matangi (which is also the name of her new album). She rocks.

Steve Aoki & Iggy Azalea (plus Waka Flocka Flame, Alvin Rish and Keys N Krats)
When: Nov. 15, 2013
Where: Shrine Expo Hall
Why You Should Go: Steve Aoki is an EDM genius, and Iggy Azalea is unlike any female rapper you’ve ever seen. Let’s put it this way: she was twerking (or perhaps "working" is more appropriate) way before Miley Cyrus made it popular. Want proof? Click here.

A$AP Ferg (w/ A$AP Mob, Joey Fatts & Aston Matthews, OverDoz and 100s)
When: Nov. 16, 2013
Where: Fonda Theatre
Why You Should Go: This Harlem rapper won this year’s BET Hip-Hop Award for “Rookie of the Year,” and his debut studio album (Trap Lord) got positive reviews from Vibe and the Rolling Stone. His performance on the “Arsenio Hall Show” was solid; hopefully, he’ll deliver the same at the Fonda.

Hyper Crush
When: Nov. 16, 2013
Where: The Roxy Theatre
Why You Should Go: When we interviewed these guys back in June, we got the feeling that a Hyper Crush show is anything but boring! The trio produces electro-rap and combines pop, trap, house and more. Expect energy and, of course, hype!

Waka Flocka Flame
When: Nov. 17, 2013
Where: The Observatory Santa Ana
Why You Should Go: Yes, it’s a little bit of a trek, but if you weren’t able to see Waka Flocka Flame at the Shrine with Steve Aoki and Iggy Azalea, this is your chance.

Drake
When: Nov. 21, 2013
Where: Honda Center in Anaheim
Why You Should Go: Drake’s R&B (even slightly romantic) vibe on newest album Nothing Was the Same was an unexpected yet wonderful surprise. Here’s to hoping that his live performance is full of surprises as well!

Opinion
Apple changes its tune for Taylor Swift: What have we learned?
1,707 views