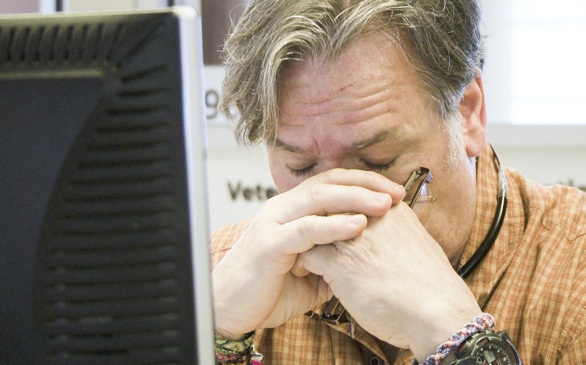 In honor of Veteran’s Day, numerous sports and television shows will make tributes to veterans across the nation. One special tribute is called, Crisis Hotline: Veterans Press 1.

Crisis Hotline: Veterans Press 1 is a documentary that looks inside the country’s only veterans crisis center, located in Canandaigua, N.Y. The callers are kept anonymous, so viewers can watch the staffers and listen to the conversations. This center receives 22,000 calls a month, and the conversations are very heavy. The show airs on HBO at 9 p.m.

AMC will feature several military films such as Hart’s War and Toro! Toro! Toro!. ESPN will incorporate Veterans features, and one of them will include commentator Kenny Mayne as he talks about his nephew, who was an Iraqi war veteran.