Andrzej Chyra Reflects on Daring Love Story, In the Name Of 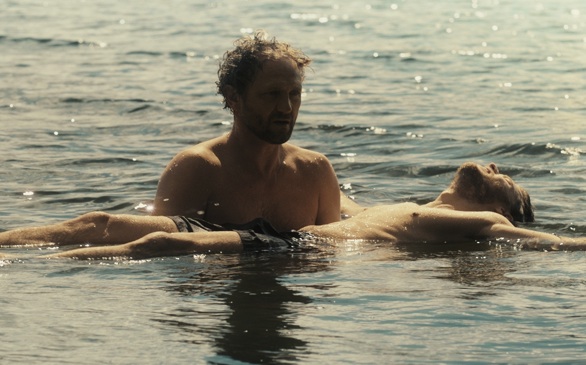 The story is an old one: a Catholic priest develops a sexual relationship with a boy. Often times, it is an abusive relationship. However, director Malgoska Szumowska brings us something fresh and new with the film In the Name Of. Instead of pedophilia, we are introduced to a love story.

The star of the film is Polish actor Andrzej Chyra, who plays the role of Priest Adam. “I found the character complicated,” said Chyra (in a very thick Polish accent) about Adam. Complicated is an understatement.

In the film, Priest Adam works to help a bunch of teenage boys with behavioral problems while living in a rural Polish village. However, Adam's choice to become a priest has forced him to ignore his own sexuality. When he meets and falls in love with a young man living in the village named Lukasz, Adam must fight his natural desires. In the Name Of then becomes a love story and also a story about desperation, loneliness and the hope of finding oneself.

In preparing for his “complicated” role as Adam, Chyra studied the script intensely. “I can find almost everything [in the script],” he said.

But how does one learn how to portray a priest? “I don’t go to church, but I’ve been to church with my grandmother when I was a child,” revealed Chyra. “I found a real person to understand. I based my story on an American…a very important person in the church. I wanted to find someone who is a modern man…I read a few books, his biography…I went to sermons to understand this character.”

Chyra’s understanding of his character is quite evident. He takes on the quality and air of a Catholic priest quite remarkably, as he preaches sermons (which Chyra reportedly wrote himself) and says prayers. When the film comes to the point where Adam is confronting and struggling with his own sexuality, viewers will feel for him.

In the United States, we’re pretty familiar with seeing themes of homosexuality within the Catholic Church; it’s nothing new to us. However, it’s a different story in Poland.

“I’m curious, and certain at the same time that a group of people, a large group, will reject this film in Poland, that’s for sure,” said Szumowska in a prepared statement. “The groups close to the Church and conservative parties, that is rather obvious. In Poland, it’s still a taboo…In Poland, we still have a problem with accepting differences and manifestations of being different.”

This is, perhaps, why Chyra stated that this “story is more important in Poland.” “We didn’t know what would be the reaction…we expected the reaction to be strong,” he said.

According to The Sydney Morning Herald, an Australian newspaper, “In the Name Of drew the wrath” of conservative Polish Catholic groups before the film was even finished.

Nevertheless, Chyra’s role in this film shows audiences the complexities of wanting love but not being able to act on their desires because of the love’s “sin” or “unnaturalness.” It’s a film that all (religious or non-religious, gay or straight) can benefit from watching.

In the Name Of releases in Los Angeles on Friday, Nov. 15 at Sundance Sunset Cinema. Buy your tickets here.