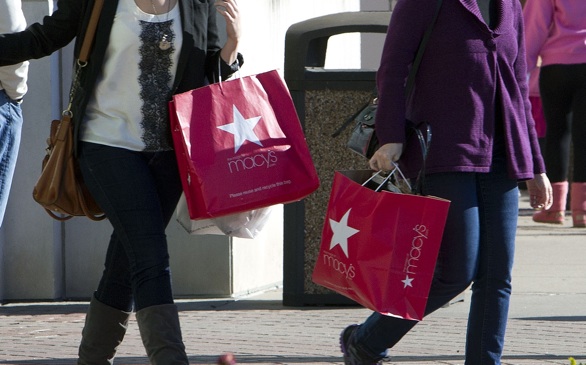 All within a few weeks of each other, Alexander McQueen, Macy’s and Barneys have been slammed with lawsuits that accuse the stores for creating a hostile environment and/or racially profiling both employees and shoppers.

The latest store and brand in hot water is Alexander McQueen. Former employee Mosello Blanco is suing the company, claiming she worked in a hostile workplace. Her boss, Max Cantey, allegedly called Blanco offensive names and falsely accused her of stealing and using cocaine at work.

Blanco is a Hispanic woman who worked at Alexander McQueen for more than 10 years before getting fired in 2012 for apparently not calling a dress back from Jessica Seinfeld (Jerry Seinfeld's wife). Blanco states Cantey made fun of her origins and made the workplace a tough place for her to work. She said she felt that the hostile environment affected her ability to close sales.

It might seem understandable that some employees at high-end fashion stores are on the lookout for shoplifters and thieves. However, some take it too far. For example, Barneys’ security policies stated employees should call the police if they suspect any customers are actually thieves or frauds. This led to more calls being made to stop these “suspicious” customers, and in turn, many of these shoppers called the police because they were victims of racial profiling.

For example, African-American college student Trayon Christian went to a Barneys to buy a Ferragamo belt. He paid with his debit card, signed the receipt and left with his purchase. Christian alleges that two undercover cops stopped him a block away from the store. They asked to see Christian’s ID and what was in his Barneys bag. It turns out the store called the police on Christian, and they accused him of using a fraudulent card. After two hours in the cell and a call to the bank to check Christian’s card, he was finally released.

In response to the Barneys incident, several people are signing a petition that asks Jay Z discontinue his partnership with the company. The petition creator, Derick Bowers, has T-shirts that boycott against Barneys. It reads, “Barneys New Slaves,” the word “Slaves” covering the word “York.” Many people expect Jay Z to cut his ties with Barneys in the light of racial discrimination events. However, the rapper has not confirmed whether or not if he will continue the partnership with Barneys.

Even celebrities become victims of racial discrimination. Robert Brown, an actor from “Treme” and “Finding Forrester,” was shopping in Macy’s when employees called the police. He bought a $1,300 watch and some sunglasses, which made employees suspicious about his ability to afford such items. The undercover cops allegedly took him in a holding cell on suspicion of credit card fraud. When they realized their mistakes, they offered to take Brown to his next destination in their police car with the sirens on.

Following the incident, Brown filed two lawsuits: one against Macy’s and another against the New York police department and city administration. He reportedly sued on behalf of the “innocent Black, Hispanic, Asian and other non-White shoppers.”

After meeting with Rev. Al Sharpton and other National Action Network leaders, Macy’s CEO Terry Lundgren and Barneys CEO Mark Lee have agreed to participate in an educational forum with other executives from big fashion brands (such as Victoria’s Secret, Saks Avenue and Bloomingdale’s) to review their retail loss prevention policies. Community key leaders wlll offer inputs. The idea is to promote awareness about racial profiling in stores.