USC's Game Against Stanford is a Sellout 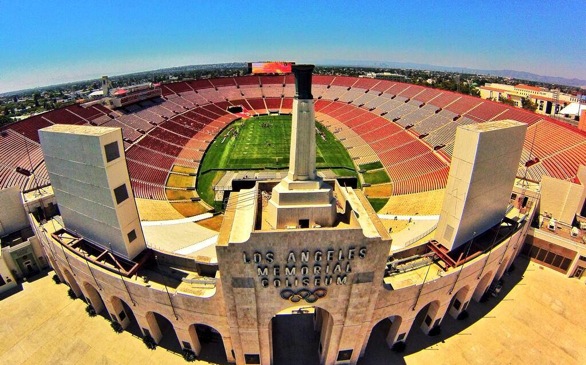 Capacity at the LA Coliseum is 93,607.
(Credit: Facebook.com/USCTrojans)

Early in the season, USC appeared on track to possibly finish its home schedule without playing before a sold-out crowd at the Coliseum.

The Trojans' recent play under interim Coach Ed Orgeron has changed that.

USC's game against fifth-ranked Stanford is a sellout, the school announced Thursday.

"When they walk out and see a sellout crowd, it puts a little extra pep in their step," Orgeron said of his players. "It gives us some pride. It's the way Trojan football ought to be."

USC has won four of five games under Orgeron, including the last three, to improve to 7-3 overall and 4-2 in Pac-12 play.

USC has averaged announced crowds of 66,448 for five home games this season, which ranks 27th nationally.

USC players said this week they were looking forward to playing in a full Coliseum on Saturday. Orgeron has shown them film of players in games from the Pete Carroll era, and the crowd shots are not lost on the Trojans.

"You see the TV copies and there's not one empty seat," said quarterback Cody Kessler. "We want people to get excited for USC football like that again."

USC played Stanford before a sold-out crowd at the Coliseum in 2011. The Cardinal won, 56-48, in triple overtime.

"The guys have a different look in their eye this week," he said. "I hear them talking. There's a little different vibe around.

"They have a lot of respect for Stanford, but they understand the task at hand, and we're up for it."