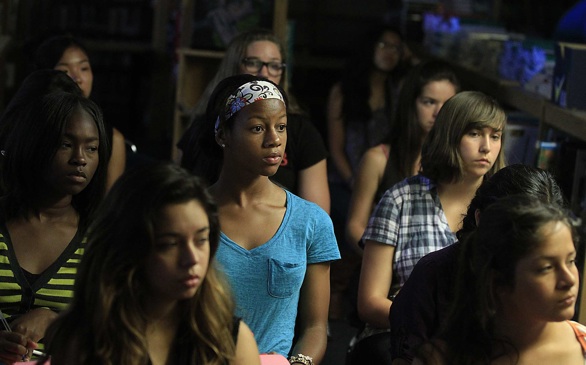 After years of turning away qualified students, universities nationwide now find themselves competing for a shrinking pool of potential applicants. That’s forcing them to change how they recruit prospective candidates.

Gone are the mass emails and glossy brochures that once filled seniors’ virtual and physical mailboxes.

Recruiters now are going for the personal touch — talking with students individually, following up with them as they work on their applications and staying connected once they’ve been admitted.

They’re also casting a wider net, extending that personal touch to students from out of state as the nation’s population of high school-age children retreats from record highs.

“You see people reaching over the borders,” said Michael Elgarico, director of undergraduate admission at California Lutheran University in Thousand Oaks. “We’re looking closely at how the demographics are shifting.”

Some universities are even hiring admissions officers who live in the states where they want to attract students.

Gary Bednorz works for the University of New Mexico but lives in Ventura. His job is to attract California students to New Mexico, a university they might not have considered until he started selling it to them. He tells them they can get a discount on out-of-state tuition, may be able to finish in four years and will be near the mountains.

“You try to get them to look at your school and get them to apply,” Bednorz said. “Students here are being targeted.”

Bednorz belongs to the Regional Admission Counselors of California, which represents recruiters who live in California but work for universities in other states. Membership has grown from about 25 members 10 years ago to roughly 80 now, Chairman Ed Devine said. It’s likely to grow more as universities continue to look to other states for students.

“There are just less fish in the water,” Devine said.

California is one of the most popular areas to recruit students, Devine said. Others are Chicago, Texas, Colorado, the mid-Atlantic states and New England.

Admissions officers who live in potential students’ home states understand the culture and can establish better relationships with the students they’re trying to attract, he said.

California universities, in turn, are increasingly looking out of state for students — and also going for the personal connection.

CLU primarily recruits in the West but also is going overseas, visiting high schools and participating in college fairs, Elgarico said. If students are interested, they might be interviewed right there, he said.

“We’re bringing the Cal Lutheran experience to them,” he said.

It also is helping to pay for far-flung students to visit the campus if they can’t afford the trip. That can be reassuring for students and their parents, Elgarico said.

“We all want the best and brightest,” he said. “We’re always mindful that there’s a critical mass of high school students that’s shrinking. We have to think about where the students are going to be.”

Connect with the School Watch team at VCStar.com/schoolwatch.