Entertainment Books to Get You Through Thanksgiving Break 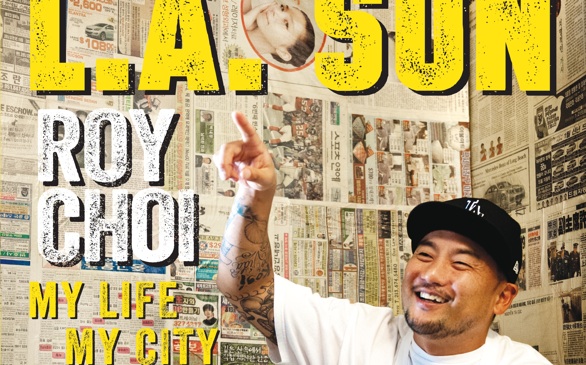 Make it through Thanksgiving Break with a little light reading!

With bullying on the rise, Patrice A. Oppliger takes a look at the cause and effect in Bullies and Mean Girls in Popular Culture. The media’s role, from the Internet and television to movies, both reflects and sometimes exacerbates existing situations to the detriment of kids.

Andy Warhol by Joseph D. Ketner II brings the artist and prophet to life with numerous illustrations spanning a remarkable career. I can’t think of another mid-century artist whose work still resonates so loudly.

Sometimes all the options in the world of cinema can get overwhelming. 1001 Movies You Must See Before You Die helps narrow down the possibilities while offering up succinct summations and tart commentary.

From Heat to Collateral, filmmaker Michael Mann has an incredible feel for adrenaline. Jonathan Rayner’s tribute, The Cinema of Michael Mann: Vice and Vindication delves into the art behind the movie-making.

Critics sometimes get a bad rap for being too harsh, but David Thomson always lets his love shine through. Moments That Made the Movies celebrates film in all its glory.

More than 50 projects from "Squashed Witch Cupcakes" to "Toto’s Dog Jacket" make Everything Oz perfect for fans of the classic film. Both young and old will enjoy the crafts and recipes that make this book a great gift.

The death of River Phoenix at the tender age of 23 still resonates 20 years later. Last Night at the Viper Room by Gavin Edwards explores the actor’s legacy and untimely demise from a drug overdoes with fresh interviews from friends, colleagues and family, illustrating just how much he is missed.

Noir's everlasting allure stems from the distinctive cinematography, fashion and casting in the genre that never fails to captivate the imagination. John Grant’s A Comprehensive Encyclopedia of Film Noir will please newcomers and obsessives with the attention to detail and gorgeous photographs.

Sci-fi fans will revel in Terminator Vault. Ian Nathan’s look into the making of T1 and T2 fairly thrums with behind-the-scenes insights, facts and anecdotes.

Still fresh as a daisy after nearly 20 years, Quentin Tarantino’s sophomore effort never fails to charm. Jason Bailey’s Pulp Fiction recounts the story of the film’s genesis and rifles through the mythology of an American original.

If you loved the movie World War Z, you might be intrigued with the novel of the same name by Max Brooks. Surprisingly different in tone and texture, the book is still remarkable in its humor and originality.

A filmmaker’s filmmaker, William Friedkin rose to prominence directing such classics as The Exorcist and The French Connection. His memoir, The Friedkin Connection, reveals the man behind the wunderkind in all his glory.

Who better to document the insanity of the sartorial world than Simon Doonan, the creative ambassador to Barney’s New York. The Asylum tells all the tales out of school that you might hear from your bestie over brunch, that is, if Mr. Doonan was your BFF.

With bands such as Mumford & Sons making old-timey music cool again, discover the roots of American music with Folk Visions & Voices. Art Rosenbaum’s awesome collection of songs from North Georgia features lyrics and music from such titles as “I Used to Do Some Frolickin’” and “He Could Fiddle His Way Out of Jail.”

Jimi Hendrix: Starting at Zero is a fascinating assemblage-cum-autobiography put together by Peter Neal. Brimming with material culled from interviews, recorded conversations and writings and poems by the subject, this work provides a unique and ultimately heartbreaking portrait of a genius.

Adorkables will appreciate The Ukulele Handbook as a passport into the indie folk scene. Gavin Pretor-Pinney and Tom Hodgkinson help illuminate why this “small guitar” has gathered all the momentum of a heat-seeking missile.

Perhaps the coolest comic ever, Richard Pryor ruled the roost with his fearless and funny stand up. David Henry and Joe Henry nearly bring him back to life in Furious Cool.

The show that keeps on giving, Saturday Night Live and American TV explores the absurdly popular phenomenon that is "SNL." Alive and kicking after 35 years, Nick Marx, Matt Sienkiewicz and Ron Becker explain why and how with insight and unusual perspective.

One of the first artists to transform comics into literature, Daniel Clowes earned himself a top spot in the pantheon of graphic novels. The Daniel Clowes Reader assembles some of the author’s best work, including Ghost World, interviews and musings that flesh out what makes him so special.

Deserving the credit for the food truck craze, Roy Choi’s kogi tacos reinvented the industry. With even more tricks up his sleeve, this singular chef went on to open up multiple restaurants brimming with innovation. Read about his trajectory from rags to riches in L.A. Son.

Bob Odenkirk (Saul from "Breaking Bad") and David Cross (Tobia Funke from "Arrested Development" Tobias Funke) have teamed up splendidly to produce Hollywood Said No! The creators of "Mr. Show" bravely serve up their non-produced scripts and sketches for your perusal.

Special Features
Cybersecurity for everyone: 5 books on defending ourselves in the digital age
1,367 views

Special Features
In his journey from jail to Yale Law, felon-turned-poet writes 'to remember who I am'
795 views