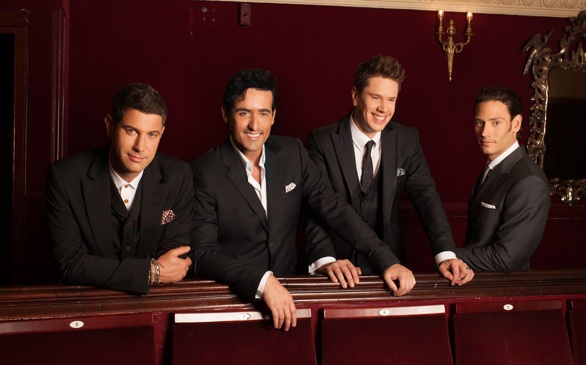 Put together Swiss tenor Urs Buhler, Spanish baritone Carlos Marin, French pop artist Sebastien Izambard and American tenor David Miller, and you have Il Divo - one of the most successful classical crossover bands. With more than 25 million album sales and 150 gold and platinum discs, the group continues to bring awe with its musical talents.

Il Divo's newest album, A Musical Affair, is beautifully well done. This 11-track set features songs from different musicals including “Bring Him Home” from "Les Misérables," “Tonight” from "West Side Story" and “Some Enchanted Evening” from "South Pacific." A Musical Affair also features other artists including Nicole Scherzinger, Kristin Chenoweth and Michael Ball.

For many, “Can You Feel The Love Tonight?” from "The Lion King" is popular, and this version is beautifully sang with Heather Headley. Another great treat is Il Divo and Barbra Streisand's live version of "The Music of the Night" from "The Phantom of the Opera," which is a perfect ending to the whole album.

Il Divo also adapted some songs into Spanish, adding an extra romantic feel to the songs.

A Musical Affair is perfect for anyone who loves classical music and Broadway musicals. The original songs will always be classics, but Il Divo’s versions are nothing short of disappointment as they bring a whole new musical experience.