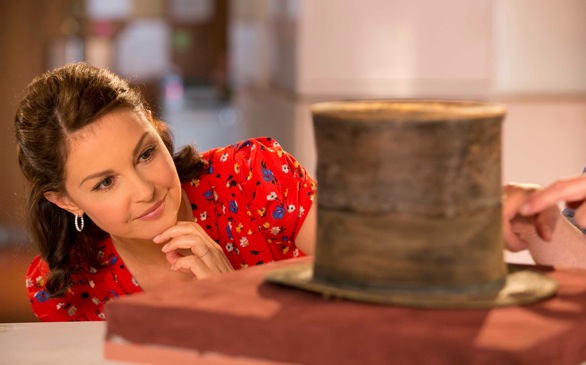 Ashley Judd explores our nation's past and discovers more about her own ancestors along the way.
(Credit: Facebook.com/SmithsonianChannel)

For three hours, viewers will learn about the Civil War from different perspectives as celebrity hosts Ashley Judd, Trace Adkins and Dennis Haysbert take viewers back to a time where their ancestors were involved in one of America's most conflicted wars. The three celebs will use their knowledge of their family history and tell different sides of the war we perhaps never knew.

First up is Judd in her segment titled "Civil War 360: The Union." For an hour, the acclaimed actress tries to understand the experiences of her two great-great-great grandfathers who were both Union soldiers from Kentucky.

Next is award-winning country music star Adkins, as he explores music, art and firearm collections at the Smithsonian Institution in "Civil War 360: The Confederacy." He also honors the experiences of everyday soldiers such as his great-great grandfather, who was a Confederate infantryman from Louisiana.

Lastly, in "Civil War 360: Fight for Freedom," actor Haysbert traces his ancestry back to slaves in the Deep South and tells us about the lesser known stories of individual courage. He also encounters Smithsonian treasures, including a ship's manifest listing the cargo of slaves and Harriet Tubman's hymnal.