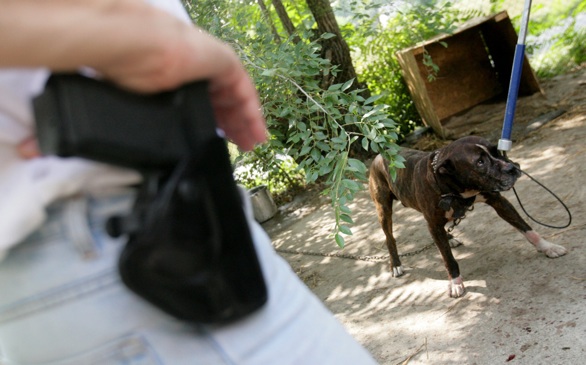 This dog was injured in a fight with another pit bull in Michigan.
(Credit: Rashaun Rucker/Detroit Free Press/MCT)

Lawbreakers are using their pets (mainly pit bulls and roosters) in illegal fights in hopes of winning large sums of money, and L.A. law enforcement officials are seeing a rise of this illegal activity, according to Fox 11.

Pit bull fights and cockfights can mean thousands of dollars for those who win. Officials are reportedly seeing cockfigthing gambling rings pop up faster than they can shut them down, and dog fighting rings are increasing rapidly at the street level. About 100 people are arrested each year for cockfigthing. The first offense is a misdemeanor, and the second is a felony.