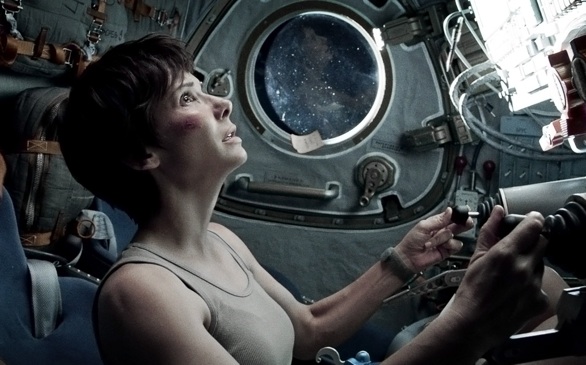 If you made it out to the theaters to see the intense film Gravity starring Sandra Bullock and George Clooney, you'll probably remember a poignant scene where Bullock's character (Ryan Stone) manages to communicate with someone on Earth while she's trapped inside a Russian space vessel, stranded in space.

This is the setup for the 7-minute film Aningaaq, directed by Jonas Cuaron, who is the son of Gravity director Alfonso Cuaron.

In this short film, we are introduced to a man (named Aningaaq) with sled dogs living in a frozen tundra. He hears sounds coming from his radio, and that's when we recognize Stone's frantic voice as she tries to call for help.

However, our hope quickly dwindles away as Aningaaq cannot understand a word Stone is saying. Despite the language barrier, the two continue to have a conversation; she tells him about her predicament and how she's going to die, and he talks about his beloved dogs.

According to the Hollywood Reporter, Warner Bros. financed Aningaaq and intended it to be included in the Gravity Blu-ray edition as a special featurette. Since Aningaaq has been doing well at film festivals, though, Warner Bros. decided to submit it for Oscar consideration in the live-action short category.

If Aningaaq gets nominated for an Oscar alongside Gravity, Warner Bros. will make history. Hollywood Reporter notes it would be the first time that a feature and spinoff short drawn from the same material are nominated together in the same year.