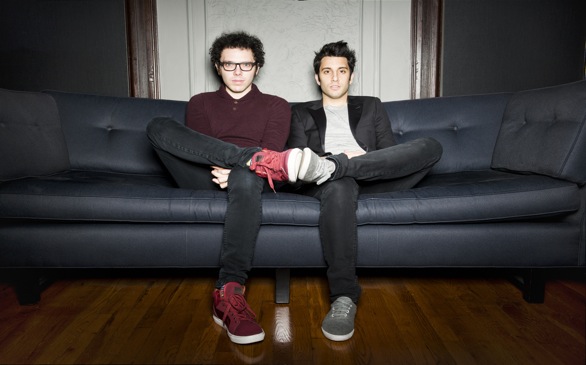 These guys have been getting a lot of media attention lately, largely due to their impressive recent performance with Christina Aguilera on "The Voice."

Since performing "Say Something" with the superstar songstress, A Great Big World's first single has shot to No. 1 on the iTunes chart and Billboard Hot Digital Songs Chart, selling almost 200,000 in the first week.

On Wednesday, the duo (which is made up of Ian Axel and Chad Vaccarino) released its music video for "Say Something," featuring Aguilera.

The video was filmed in Los Angeles and begins with frontman Axel slowly playing on the piano. He's later joined by Vaccarino and Aguilera, the latter dressed pretty classy in a simple black dress with her hair pulled back. Filled with powerful emotions of love, heartbreak and giving up, the "Say Something" music video is beautifully understated.

A Great Big World finished performing at the Victoria's Secret Fashion Show, which will air on Dec. 10, and it was recently announced that they will also be performing at the American Music Awards on Sunday, Nov. 24 with Aguilera.

The duo is known for its hit "This Is the New Year" that was covered in an episode of Fox's "Glee."