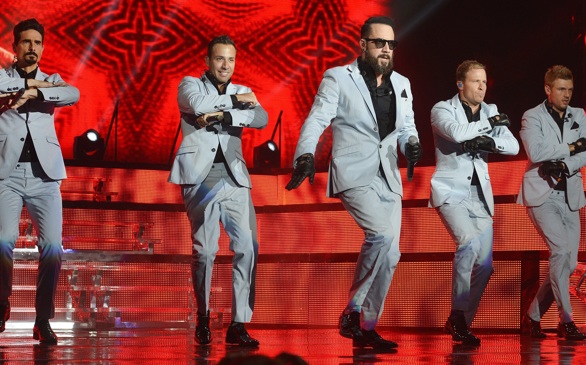 The Backstreet Boys perform in concert during their In a World Like This in Raleigh, N.C.
(Credit: Scott Sharpe/Raleigh News & Observer/MCT)

Adding a little cheer to your holidays, TNT is getting ready to put on a musical performance with acts including the Backstreet Boys, Janelle Monáe, Sheryl Crow, Anna Kendrick and Pat Monahan in its 15th "Christmas in Washington" celebration. Oscar nominee and three-time Emmy winner and Tony Awards winner Hugh Jackman will host the event, which benefits the Children's National Health System.

NBA Hall of Famer and analyst for TNT's "Inside the NBA" Charles Barkley will be making an appearance, and the President and First Lady usually attend the concert each year - there's no reason why we can't expect Barack and Michelle Obama to show up this year!

The star-studded "Christmas in Washington" will air on Friday, Dec. 20 at 8 p.m. ET/PT on TNT.