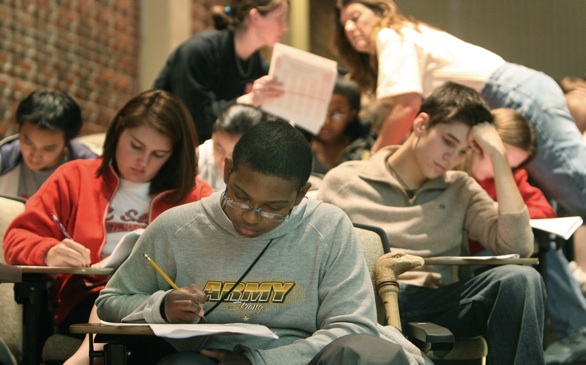 Studying for midterms and finals can be a pain. These tests can be stressful, and sometimes it's even worse when the professor decides to make the tests cumulative - who really remembers everything they learned from the beginning of the semester to now? Perhaps, if the professor quizzed the students frequently, they wouldn't be so freaked out.

Well, a new study, which appeared in the PLoS One journal, suggests that frequent quizzes are in fact more effective than just a midterm or final because they help the students learn more. The New York Times reported that this study found that quizzing students at the beginning of each class increases both attendance and overall performance.

For example, in the study, 901 students in a Psych 301 class took a quiz on their computers every time they came to class. Instead of a final exam, the students' grades were based on cumulative quiz scores. By the end of the course, the study revealed that these students outperformed a previous Psych class that used midterm exams, and they received slightly higher grades than the previous class.