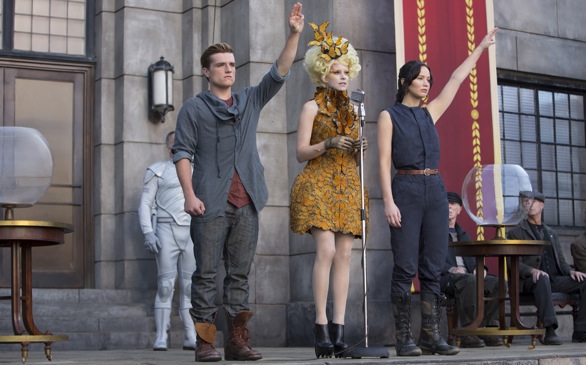 Fans headed out to the theaters to catch Katniss and Peeta on their second trip to the Games.
(Credit: Murray Close)

For Lionsgate, the odds were definitely in the studio's favor.

The Hunger Games: Catching Fire, the sequel to franchise hit The Hunger Games, dominated the weekend U.S. box office, bringing in $161 million during its opening weekend. Globally, the film took in $307.7 million.

The first Hunger Games raked in $152 million in its U.S. debut.

Catching Fire is the most successful November movie thus far; however, the debut did not bring in the biggest numbers this year - Iron Man 3 did with $174 million.

Still, the action-packed film had the fourth biggest U.S. opening of all time with only The Avengers, Iron Man 3 and Harry Potter and the Deathly Hallows: Part II ahead of it.