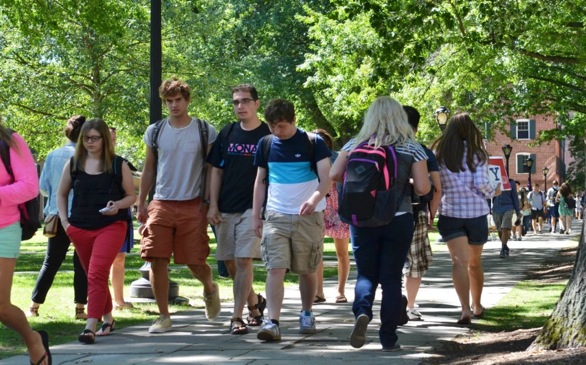 The Connecticut university is on lockdown.
(Credit: Michael Marsland via Facebook.com/YaleUniversity)

Yale University students and faculty were in for quite a scare Monday morning when they were told the campus was on lockdown because an alleged gunman might be on campus. However, police have confirmed that the campus is safe, and there is no gunman, putting an end to the six-hour lockdown.

According to ABC News, police now believe that the anonymous caller who said that his roommate wanted to shoot up the school was probably a part of some sort of hoax.

USA Today is reporting that police are searching room-to-room at Yale University for a possible gunman after an anonymous caller said his roommate wanted to shoot up the school and was heading toward campus. The university has been on lockdown since 10:17 a.m. ET, and as of 2:30 p.m ET there has been no reports of an armed individual found.

Police say witnesses told them they saw someone with a "rifle or other long gun" on the loose, according to the report.

Students and staff members were told to "shelter in place," and the lockdown will continue until a thorough search is completed.