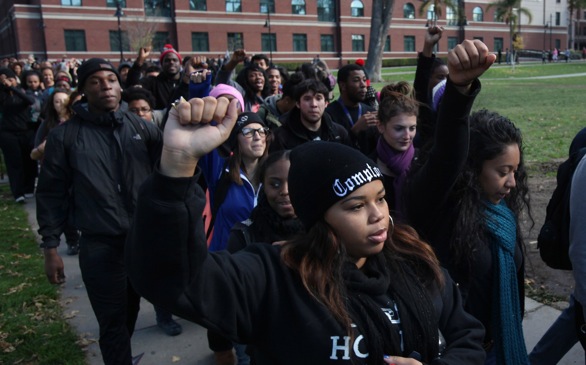 Four white students at San Jose State University harassed and bullied their African American roommate up until recently. Since then, those three roommates, plus an additional offender, have been suspended and “face misdemeanor hate-crime and battery charges,” according to the Los Angeles Times.

The roommates allegedly forced the African American student to wear a bike lock around his neck and called him “three-fifths,” referencing the “three-fifths” part of the Constitution during times of slavery that stated slaves were only three-fifths of a person.

The NAACP wants charges pressed against the bullies and is scheduled to have a news conference Monday.

“Reverend Jethroe Moore II, president of the San Jose/Silicon Valley NAACP, said in a statement[,] ‘This is obviously racially based terrorism targeted at their African-American roommate,’” according to the LA Times.

The African American student’s parents discovered this racist bullying when they saw a racial slur on the white board of his dorm room.