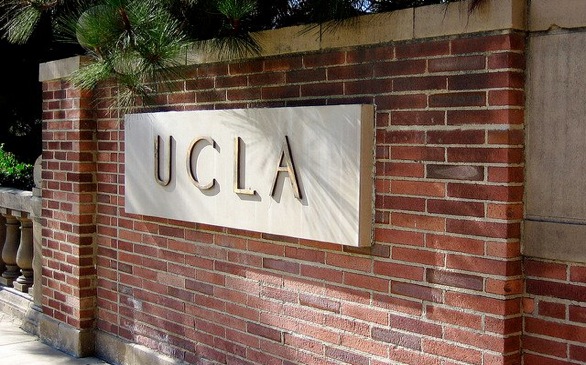 UCLA is conducting an internal investigation into allegations by an African American judge that excessive force was used by campus police officers when they stopped him on suspicion of not wearing a seat belt.

Cunningham has filed a complaint against the officers, saying they shoved him against his car, handcuffed him and locked him in the back seat of their police cruiser.

"During the course of the traffic stop, police officers instructed the driver to stay inside the vehicle and returned to their patrol car to run a routine license and registration check," UCLA said in a statement released late Monday afternoon. "Despite these instructions, the driver left the vehicle – an escalating behavior that can place officers at risk."

Cunningham "stood in the roadway" and refused to get back in his car, the statement said. As a result, he was temporarily handcuffed. He was released at the scene shortly after being cited for failing to wear a seat belt.

As part of its internal investigation, UCLA will review video routinely filmed from the police car, officials said in the statement.

Cunningham's attorney, Carl Douglas, said that regardless of any directions the officers may have given the judge, it did not justify the use of force in this case.

According to Cunningham’s account, he was pulled over in his Mercedes about 10 a.m. Saturday as he was buckling his seat belt after paying a parking attendant near L.A. Fitness. He was dressed in a black gym shirt and shorts.

Officer Kevin Dodd asked to see his driver's license. Cunningham handed them his wallet. Then the officers requested registration and insurance forms. When Cunningham reached for his glove box, an officer “yelled at me not to move,” he said in the complaint. “I became irritated and told him that I need to look for the paper.”

A prescription pill bottle rolled out of the glove compartment, prompting the officer to ask if he was carrying drugs. The medicine was for high blood pressure, Douglas said.

Cunningham couldn't find the paperwork in the glove compartment and told officers he thought it might be in the trunk.

“When I got out of the car to search my trunk, Officer Dodd shoved me against my car, told me I was under arrest for resisting and locked me in the backseat,” Cunningham wrote in the complaint.

Douglas said the judge was tossed into the back of the police cruiser with such force that his feet flew up in the air. The second officer, identified as James Kim, accused him of “kicking.”

Cunningham, who had reviewed hundreds of potential police misconduct matters during his time on the Police Commission, began to fear for his safety, Douglas said.

“He lost his cool,” Douglas said. “He began yelling about police brutality and about being a 60-year-old man slapped in handcuffs in the back of a patrol car for not wearing a seat belt. A crowd was gathering and he demanded they call a watch commander.”

Cunningham has not yet decided whether to take legal action, Douglas said.