Kobe Bryant: Deal Makes Him 'Want to Run Through a Wall' for Lakers 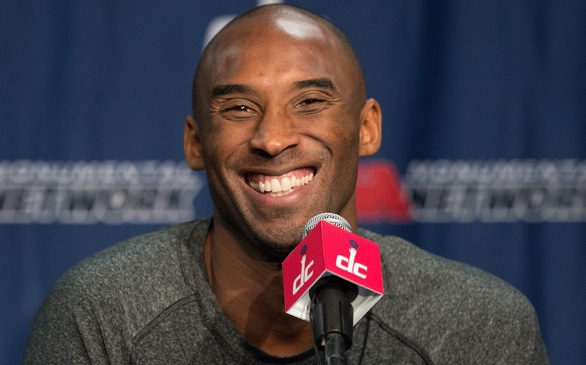 — Kobe Bryant was all smiles during his news conference a day after receiving a two-year, $48.5-million contract extension.

But sometime between saying this would "probably" be his last contract and later jabbing the NBA for vetoing the Chris Paul trade (he's still irritated), Bryant's became serious when defending the Lakers' decision to extend his contract without seeing him play a game since April.

"It makes me want to run through a wall for them," he said Tuesday. "Kind of just adds more fuel to the fire. Prove to everybody that [the Lakers] are right and everybody else is wrong."

The sum of money touched off an instant debate — is it too much for a 35-year-old player coming off a torn Achilles' tendon?

The extension guaranteed Bryant would be the NBA's highest-paid player next season ($23.5 million) and in 2015-16 ($25 million). It also guaranteed the Lakers could sign only one maximum-salary free agent next summer, not two.

So Lakers General Manager Mitch Kupchak found himself in the position of defending the deal, which was signed Monday.

"We looked at his career, we looked at what we think he's going to do when he gets back," Kupchak said in a conference call Tuesday. "And the reality is two years from now, we'll look back and see what he actually did do. Maybe we got a deal. Maybe we didn't."

Kupchak later added, "He will be back and he will play at a high level. I can't begin to say he's going to average 27, 28 [points] like he did last year. I don't know. We'll have to wait and see."

Bryant practiced three times with the team last week, two of which involved full contact. He then scaled back because of general soreness in his left foot, the same one in which he tore his Achilles'.

"Maybe you could have waited two or 21/2 months, then maybe you have more information," Kupchak said. "But now you're deep into the season and ... you don't really want to open up a negotiation. And it could also cut both ways."

As in, maybe Bryant isn't as willing to take a pay cut if he's playing well.

Bryant took a "substantial" drop from the $30.5 million he made this season, Kupchak said.

"A lot of people look at it and say, 'Well, that's not maybe a huge financial pay cut.' But it was a negotiation that we felt was pretty quickly accomplished and fair on both sides," Kupchak said. "We're comfortable."

Bryant said the Lakers could "absolutely" still put together a championship team despite giving him more than one-third of the estimated salary cap of $62.9 million next season.

"I think the fans are, God bless them, they're fans and they have good intentions and have a good spirit about it, but I don't think they understand the cap.... I think we'll be all right," he said.

Bryant went through a solid individual workout Tuesday and was eager to go through some more practices next week to measure his speed on the court.

The Lakers play a home game Sunday against Portland but won't practice again until Tuesday. Their next game after that is three days later at Sacramento, perhaps a target for Bryant's return.

"We'll see, but you kind of start looking at some of those dates," Bryant acknowledged. "Those three days [of practice] when we get back [next week] are going to be huge to kind of see what I can do and what I can't do."

Bryant didn't have to do much negotiating for an extension. Talks were practically nonexistent.

"The only number that I saw was the number I agreed to," Bryant said. "The Lakers, they're a stand-up organization. They just stepped up to the plate and took care of me. Some of it obviously was from work previously done. They valued some of the things that I brought to the organization. Some of it was a leap of faith and what they expect me to do when I return."

And there was no guarantee LeBron James and Carmelo Anthony would arrive on the Lakers' doorstep as potential free agents after this season. James, in particular, has given no indication to confidants he's willing to play for the Lakers.

"Everybody forgets that Kobe would be a free agent this summer too," Kupchak said. "We got what we feel is one of the top free agents available this summer and we still have the ability to pursue other free agents or other opportunities."

But do the Lakers still have a chance to build a championship-caliber team with Bryant under contract until June 2016?

"I think we do," Kupchak said. "The collective-bargaining agreement doesn't make it any easier for anybody. It's restrictive and challenging. But, yes, I do believe we can."

Unlike the nixed Paul trade in 2011, Bryant's contract extension "can't be revoked by the NBA," Bryant said.