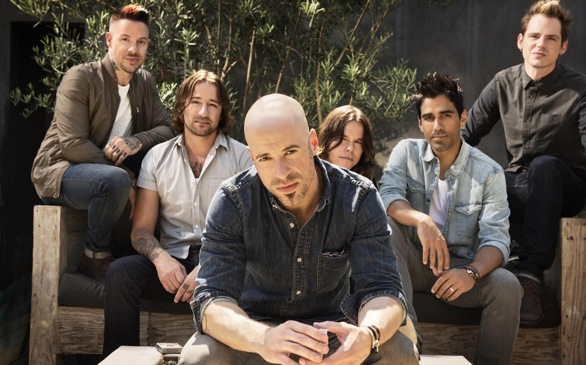 It’s interesting that singer Chris Daughtry should name his band’s latest album Baptized, considering the baptism by fire that he went through years ago during and after his appearance on the fifth season of "American Idol." Daughtry didn’t win the talent contest (he came in fourth), but he didn’t need to; America liked what they heard and sent the first two Daughtry albums to the top of the charts.

The third Daughtry album, Break the Spell, was also a commercial success but didn’t make it to No. 1, and so Chris has tried something a little different here in Baptized. He’s enlisted a slew of producers to assist with the songwriting chores and this new way of working, a new beginning of sorts, is why the album is called Baptized.

“Long Live Rock & Roll” finds Daughtry name-checking his classic rock influences and singing about loving “big guitars,” but none are to be heard; Daughtry breaks from the formulaic by performing the song as a country hoe-down number with a clap-along beat.

Mostly, though, Daughtry is showcasing his very emotive voice here, focusing on relationship songs: “Battleships” and “Witness” both deal with the heartbreak that comes from fighting with a lover, and both are drenched in sadness but also tempered by hopefulness.

“18 Years” is a melancholy look over the shoulder, a time-sure-flies assessment of life that’s worshipful of the carefree pre-adult, pre-responsibility years. Daughtry has always connected with fans by working with these universal subjects, and he can really tug at the heartstrings with a voice that always rings with truth and candor.

Every cut here is radio ready, and first single “Waiting for Superman” will likely lead the parade back to the top.