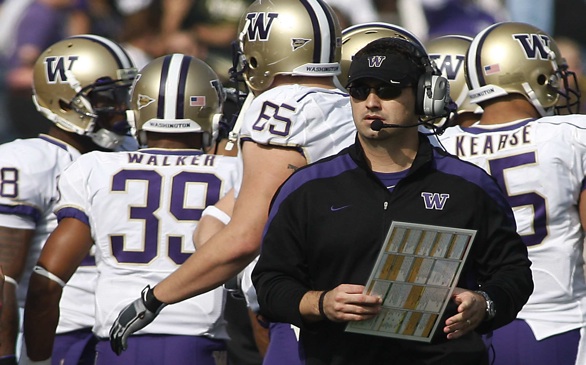 According to the Los Angeles Times, the University of Southern California has hired Steve Sarkisian as its new permanent head football coach.

Sarkisian is the head coach at Washington, and he is a former USC assistant. He was an assistant on former USC coach Pete Carroll's staff in 2001 to 2003 and 2005 to 2008, according to the Times.

ESPN reports USC's interim head coach, Ed Orgeron, resigned Monday after being passed over for the job. After USC fired Lane Kiffin as head coach, Orgeron led the Trojans to a 6-2 record. However, USC's loss to rival UCLA on Nov. 30 might have diminished Orgeron's chance of becoming the permanent coach.

After USC athletic director Pat Haden made his decision to hire Sarkisian instead of Orgeron, Orgeron was "outraged," according to ESPN. Haden offered Orgeron an assistant head coach position, one of the nation's highest paid assistants, but Orgeron declined. Instead, he will be pursuing other head coach openings.