STUDY: Caffeine in Energy Drinks Can Change How Our Hearts Beat 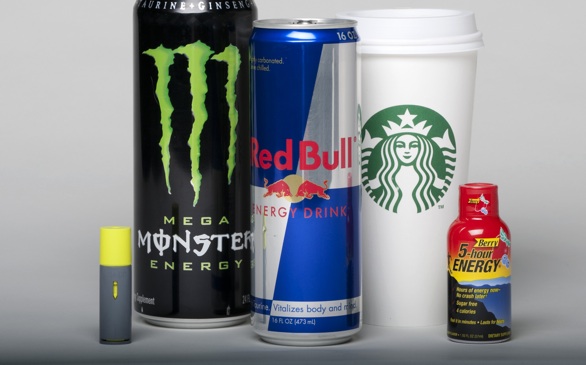 When burning the midnight oil during finals, you might want to resist the urge to gulp down an energy drink. According to the New York Daily News, the caffeine found in energy drinks can actually alter the way your heart beats.

A team at a Germany university studied the hearts of 17 people after they had an energy drink that contained caffeine and taurine, which is an amino acid commonly found in meat, fish and breast milk, and helps regulate the level of water and mineral salts in the body. What the team found was shocking: after they drank the energy drink, there were more forceful contractions in the heart, especially in the left ventricle that pumps blood throughout the body.

The study shows that energy drink consumption has a short-term impact on "cardiac contractility." It's advised that adults and children with irregular heartbeats should avoid energy drinks, as they can cause "rapid heart rate, palpitations, rise in blood pressure and, in the most severe cases, seizures or sudden death" due to the amount of caffeine.