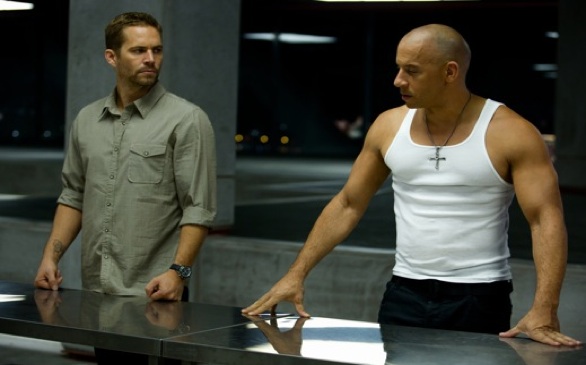 Universal Pictures announced Tuesday that a percentage of the proceeds from the upcoming home entertainment release of Fast & Furious 6 will go to Paul Walker's non-profit organization, Reach Out WorldWide, to honor the late actor's legacy.

Walker founded Reach Out WorldWide, a network of professionals with first responder skill-sets who augment local expertise when natural disasters strike in order to accelerate relief efforts, after witnessing the deficiencies in local activations following the 2010 Haiti earthquake.

According to a prepared statement, Universal Pictures chairman Donna Langley said, "We keep Paul’s memory alive and honor his legacy through continued support of Reach Out WorldWide, the non-profit he founded to give hope to those who must rebuild after they have experienced natural disasters."

Walker died in a fiery car crash on Saturday, Nov. 30, 2013 along with his friend, Roger Rodas. Walker was believed to be the passenger in the Porsche driven by Rodas. The car struck a light pole in Santa Clarita, Calif. before erupting in flames. The Fast 6 actor was leaving a charity event at the time of the crash.

The production of Fast & Furious 7 has come to a halt. Langley told Entertainment Weekly, “We have half a movie shot and we are working through it.”