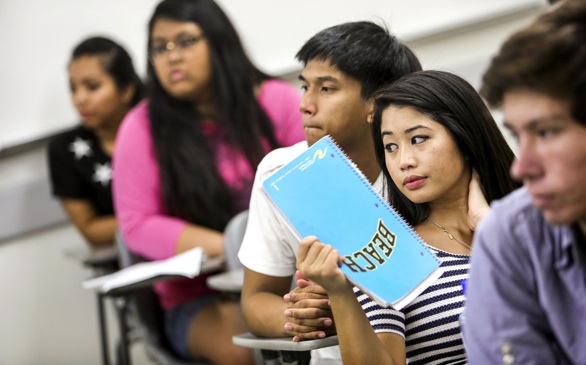 California undergraduate college students had the second-lowest debt in the nation, reports the Los Angeles Times. According to a study done by the nonprofit Institute for College Access & Success, students had about $20,000 in debt in 2012.

For public four-year and private non-profit four-year institutions, the proportion of students with debt was 52 percent.

The study shows that at Occidental College, 57 percent of graduates had debt in 2012. Loyola Marymount University had the same figure. At the University of California, Los Angeles, 46 percent graduated with debt and 39 percent at California State, Long Beach.

At the University of Southern California, 22 percent of students were Pell Grant recipients in 2011-2012.