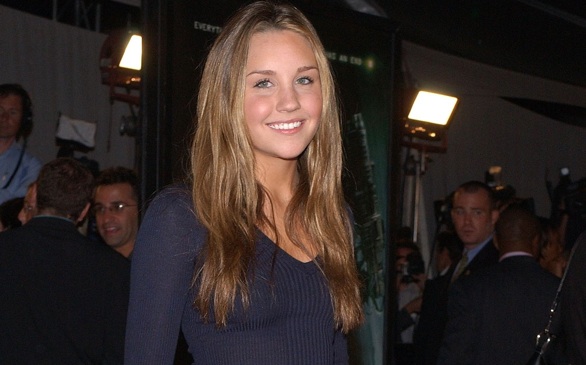 This photo of Bynes was taken in 2003.
(Credit: LIONEL HAHN/ABACA PRESS/MCT)

People magazine reports Amanda Bynes has completed her inpatient treatment and is returning to her parents' home to recover. What's more, she is even considering going to college to study fashion design. According to a statement attained by People, Bynes is interested in starting a fashion line.

The 27-year-old, former Nickelodeon star was detained and ordered to succumb to a 5150 mental health evaluation back in July. Bynes' erratic behavior involved drunk driving, flinging a bong out of a window, crazy Twitter rants and starting a fire in a Thousand Oaks driveway.

According to People, the troubled star will continue her outpatient treatment, and her mother will have indefinite control over Bynes' well-being and finances.