Holiday Movies Enter Oscar Race: Will these films get the best present of them all – an Oscar nomination? 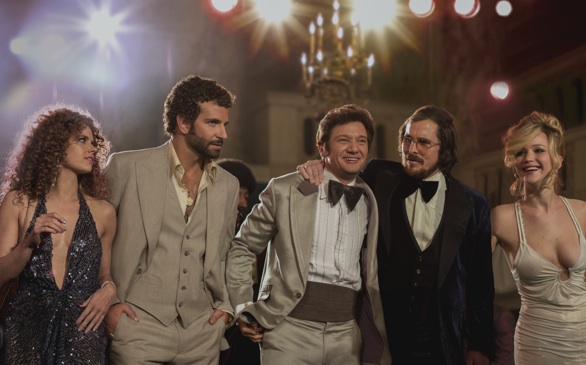 Every year around this time, film fanatics get excited. Why? Because the holidays seem to be the time when studios release the good stuff, the Oscar-potential films that will have us talking nonstop until spring.

So far this year, we have already seen a few movies that are definitely Oscar contenders: 12 Years a Slave, Gravity, Captain Phillips, Fruitvale Station and more.

Here are the holiday films we think will nab some Oscar nods:

Inside Llewyn Davis
Releases: Dec. 6
Starring Oscar Isaac, Carey Mulligan, John Goodman, Garrett Hedlund and Justin Timberlake, this film is definitely generating a lot of Oscar buzz, especially for Isaac’s lead role as Llewyn Davis. Joel and Ethan Coen wrote and directed this film, which is about a young folk singer (Isaac) who encounters insurmountable obstacles as he struggles to make it as a musician in 1961 New York.

The Hobbit: Desolation of Smaug
Releases: Dec. 13
Its predecessor, The Hobbit: An Unexpected Journey, nabbed Oscar nominations in visual effects, production design, and hair and makeup, so we’re betting Desolation of Smug will garner the same recognition, perhaps even walking away with an Oscar. Bilbo Baggins, Gandalf and the dwarves return to save the world from grave danger and reclaim the dwarves’ homeland from Smaug, the dragon.

Saving Mr. Banks
Releases: Dec. 13
This film might earn Disney a few Oscar nominations and possibly wins. Saving Mr. Banks chronicles the turbulent relationship between Walt Disney and P.L. Travers, the latter being the author of book-now-turned-Disney-musical-hit, Mary Poppins. Starring Tom Hanks as Disney and Emma Thompson as Travers, Saving Mr. Banks is a movie about, well, movies. Not many people know the story of how Mary Poppins made it to the big screen, but apparently Travers was very reluctant on letting Disney adapt her book about the magical nanny. This John Lee Hancock film could be a best picture contender. Also, Hanks and Thompson have both won two Academy Awards each – we won’t be surprised if they’re up for solo nominations in 2014.

American Hustle
Releases: Dec. 18
Dubbed this year’s Silver Linings Playbook by the Guardian, American Hustle will probably be a contender in best picture, best actor for Christian Bale and even best director (David O. Russell also directed Silver Linings Playbook). In the film, Bale is a con artist working for the FBI. Jennifer Lawrence (who won last year’s Oscar for her role in SLP) is his wife, and Amy Adams is his lover. Russell reunites Lawrence with fellow SLP stars Bradley Cooper, who plays an agent, and Robert De Niro. In this ‘70s era film, Cooper enlists Bale and Adams to take down a New Jersey mayor (Jeremy Renner) in a bribery scam.

The Past
Releases: Dec. 20
This foreign language film from Iran won Bérénice Béjo the best actress award at the 2013 Cannes Film Festival, and director Asghar Farhadi gave Iran its first Oscar in 2011 with A Separation – it’s possible The Past might bring home the second Academy Award for the country. Farhadi’s The Past centers on an estranged couple that has been in a four-year separation. Ahmad (Ali Mosaffa) returns to Paris from Tehran upon the request of his French wife, Marie (Béjo). They want to finalize their divorce so she can marry her new boyfriend. However, Ahmad realizes Marie has a conflicting relationship with teen daughter, Lucie (Pauline Burlet). Ahmad tries to improve their relationship, but a secret from their past unveils, and the revelations affect every character.

The Wolf of Wall Street
Releases: Dec. 25
Finally this film has a release date! Directed by Martin Scorsese, The Wolf of Wall Street, starring Leonardo DiCaprio, Matthew McConaughey, Johah Hill and Jean Dujardin (who won an Oscar for 2011’s The Artist), is about a New York stockbroker (DiCaprio) who succumbs to American greed and a life of corruption. As a former Academy Award nominee but not yet a winner, DiCaprio seems to take a little stab at comedy, a genre he’s never really delved into before. The film might be a best picture contender and DiCaprio might get a nod for best actor…but we’ll see.

The Secret Life of Walter Mitty
Releases: Dec. 25
Based on the short story by James Thurber, The Secret Life of Walter Mitty has people going back and forth on whether or not the film will score any Oscar nominations. It could be a best picture contender, but it will have extremely tough competition. Ben Stiller directs and stars as Walter Mitty in this film that contains romance, fantasy, comedy, adventure and drama. Stiller’s character doesn’t seem to have that interesting of a life; however, he has moments when he “zones out.” When he’s lost in his fantasies, Walter is jumping into building windows, hopping onto moving helicopters and bravely diving into the ocean; he’s the ultimate hero.

August: Osage County
Releases: Dec. 25
This Weinstein Co. film has “Oscar winner” written all over it! Starring three-time Oscar winner Meryl Streep, 2001 Oscar winner Julia Roberts, Ewan McGregor, Chris Cooper, Abigail Breslin, Benedict Cumberbatch and Juliette Lewis, August: Osage County has a stellar cast. Streep and Roberts have been pegged as big Oscar contenders, with Roberts recently winning the Spotlight Award at the Palm Springs Film Festival. We wouldn’t be surprised if the movie also nabbed a best picture and best adapted screenplay nomination. In the film, dysfunctional Violet (Streep) suffers from cancer and calls for her three daughters to return to the Midwest home they grew up in. What happens next involves drama, awkwardness and tragedy.