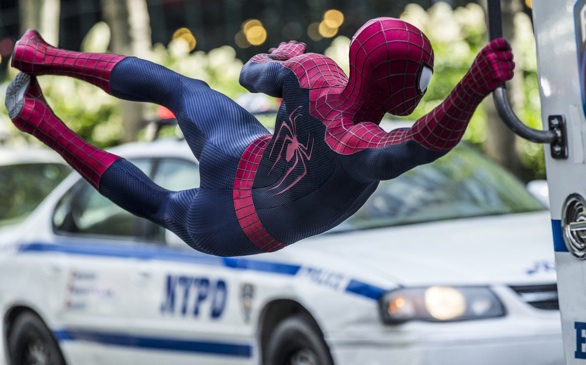 Sony Pictures released a Marvel sequel trailer, The Amazing Spider-Man 2, and it is action-packed!

Andrew Garfield as Peter Parker, Emma Stone as Gwen Stacey and others return in this sequel; however, we are introduced to some new faces and villains we may recognize from the old Spider-Man films and comics: Green Goblin/Norman Osborn (Chris Cooper), The Rhino (Paul Giamatti) and Electro (Jamie Foxx). We also meet Peter's sinister, slick-looking friend, Harry Osborn, played byKill Your Darlings' Dane DeHaan.

But one question still remains: Will Gwen Stacey die? (in the comic book, she died in the hands of the Green Goblin).