U.S. Will Play Ghana, Portugal and Germany in World Cup 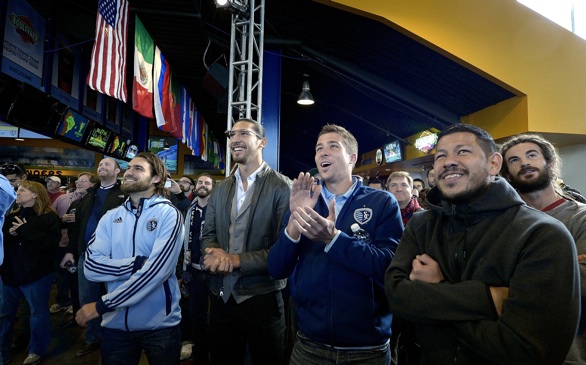 The United States will play Ghana in its first game of the World Cup, it was announced Friday morning.

The team will also play Portugal and Germany, in what is considered a very tough draw for the U.S.

Host nation Brazil will kick off next year's soccer tournament against Croatia in Sao Paulo on June 12, while holders Spain and 2010 runners-up Netherlands will meet again in the group stages following the draw on Friday.

Brazil were grouped with Croatia, Mexico and Cameroon while Spain and the Dutch have a tough Group B which also contains Chile and Australia.

The complicated draw procedure also put England, Italy, Uruguay and Costa Rica together in Group D, but most of the big soccer nations will be happy with the outcome.

Bosnia, the only one of the 32 teams taking part in their first World Cup finals, face Argentina, Iran and Nigeria.

The final is in Rio de Janeiro on July 13.

Here are all the groups: