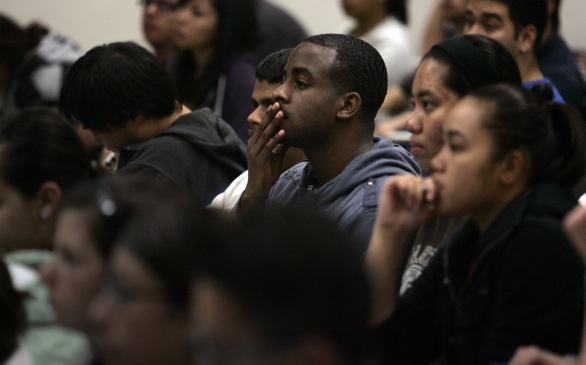 The Campaign for College Opportunity has found that many black California college students are facing "persistent hurdles," according to the Los Angeles Times.

Black students face many obstacles on the road to graduation, black student enrollment in public state schools is stagnant, and a lot of them are turning to costly for-profit schools.

Here are some of the report's findings, summarized directly by the Times:

• Blacks have the lowest completion rates for freshman and transfer students at all three higher education segments: community colleges, California State University and the University of California.

• Black students are more likely than any other group to attend college without earning a degree.

• In 2012, more black students were enrolled at private, for-profit colleges than at Cal State and UC combined.

• The achievement gap between blacks and whites earning a bachelor's degree or higher has narrowed by only a percentage point over the last decade. In 2011, about 24% of black adults had obtained a bachelor's compared with 41% of whites.