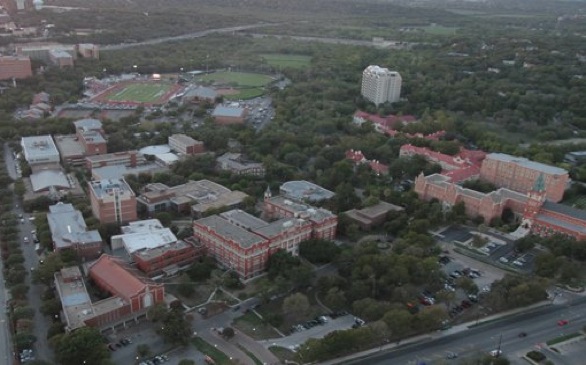 Catholic school the University of the Incarnate Word is located in San Antonio, Texas.
(Credit: Facebook.com/uiwcardinals)

Cpl. Christopher Carter has been put on administrative leave, which is standard in cases like these, after shooting and killing 23-year-old Robert Cameron Redus.

Police say when Carter pulled over Redus (who Carter said was drunk), he instructed the student to put his hands behind his back 14 times. He also informed Redus to stop resisting arrest 56 times. As the the two began scuffling, Carter tried to subdue Redus with his baton. However, Redus took the baton and used it to hit the officer. When Carter was able to retrieve the baton from Redus, Redus charged at him with his arms raised. According to police, Carter warned Redus four time that he would shoot if he did not stop. Carter then opened fire, shooting at Redus six times, hitting him five.

Redus was pronounced dead at the scene.