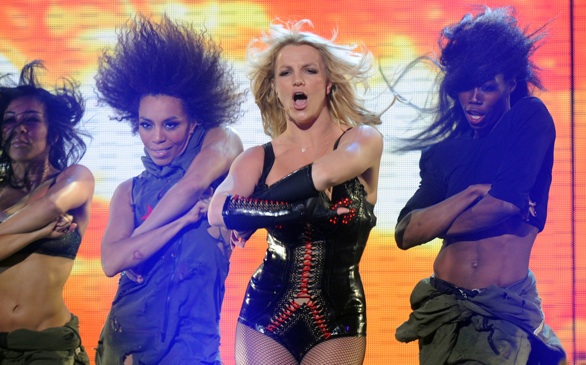 In 1998, a teenager from Kentwood, La. became America’s sweetheart when she asked audiences to "hit her, baby, one more time." The name hasn’t faded since then (head shaving and all). In the right situation, “It’s Britney,” followed by an expletive, can still sound electric.

So, what does Britney Spears have up her sleeve in the end of 2013? For one, she’ll be starting a new chapter as a Las Vegas headliner, with a two-year residency outfitted as “Britney: Piece of Me.” Spears also recently released Britney Jean a few weeks before opening night. Listen and hear her eighth album thump to what the Strip’s younger celebrity residents spew out: electronic club music.

David Guetta and Diplo were involved in the production, along with Will.i.am, who co-wrote the first single, “Work B**ch.” The track can decently complement neon strobe lights or advanced level Zumba.

“It Should Be Easy,” true to its name, has the bass that can inspire thoughtless synchronized jumping among clubgoers. Spears may not trend like a 20-year-old superstar DJ, but velvet ropes will still faint at the sound of her name. It’s Britney, bitch. Let her in, she’s cool.

Euro-dance beats aside, Britney Jean also features tracks more familiar to her teenage self. The second single, “Perfume,” is about a love triangle, and it reeks of an adolescent lack of confidence: “Am I just insecure?” “I try to act natural...I gotta mark my territory.”

Spears can’t out-thump the uproar she made in 1998 -- no modern pop star can ever have the same effect. And Britney Jean is not a comeback album. But does she really need one? “Oops!... I Did It Again” will still be lurking in our heads for a very long time.