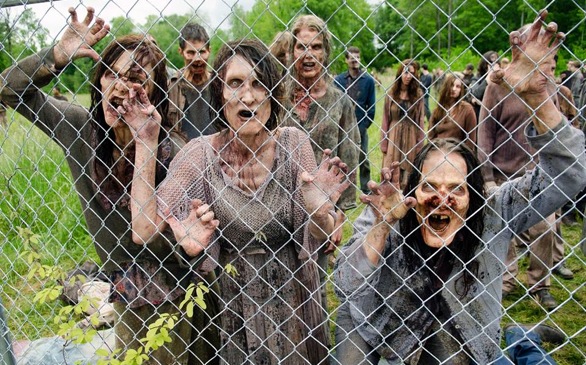 'The Walking Dead' didn't get a nomination? Please!
(Credit: Facebook.com/TheWalkingDeadAMC)

With heavy anticipation, film and TV lovers woke up early Thursday morning to see which of their favorite movies and shows nabbed Golden Globes nominations. Since the Golden Globes kind of give us an idea of what we might expect at the Academy Awards, some of us take this award show seriously...maybe even too seriously.

Anyways, when I realized what was nominated and what was left out, I became pretty annoyed with the choices in two of the categories.

Let's start with Best Motion Picture, Drama. The nominees are:

Slave, Captain Phillips and Gravity were great films - there's no doubt they deserve nods. Philomena? Eh - whatever. However, Rush? Really? Don't get me wrong, I LOVE me some Chris Hemsworth, but this nominee was a shocker. The Butler or even Fruitvale Station seems like a more suitable choice for a Golden Globe nod.

Get Rid Of: Rush. Heck, you can also discard Philomena.

Moving on to Best TV Series, Drama: The nominees are:

What's Missing: "Orange is the New Black," "Game of Thrones" and/or "The Walking Dead."

I get it - there are a ton of great TV shows out right now, and if we could nominate every show, we probably would. However, I can't help feeling that the only reason some of these shows (hem, hem "Masters of Sex") get nominated is because they're relatively new.

Truthfully, "Downton Abbey" is a pretty addicting show. However, there are other shows out there that make me forget about this British TV period drama.

"Game of Thrones"  might be old news right now and thus I'm willing to let that one go...but what about "The Walking Dead?" This show has excellent writing and exciting plots, yet it's only been nominated for a Golden Globe once. ONCE. That was in 2011, and it didn't even win. In comparison to "Breaking Bad," the season 4 premiere of "The Walking Dead" reportedly received more ratings than the super popular "Breaking Bad" series finale. I know awards shows are not based on ratings, but c'mon -- "The Walking Dead" should be nominated alongside its AMC brother.

Get Rid Of: "Downton Abbey" and "Masters of Sex."