Who Needs Santa Claus When You Have Queen Bey?: Beyoncé releases unexpected album. 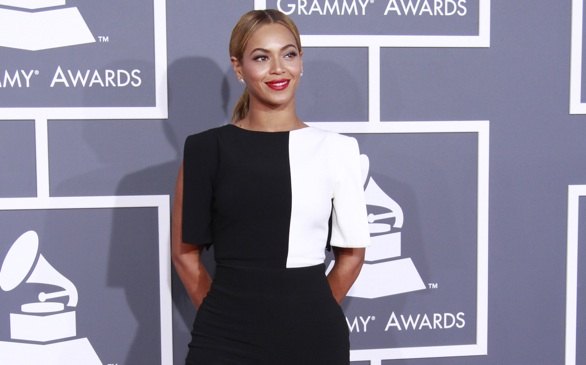 The world had a heart attack when they found Beyoncé had released a new album.
(Credit: Kirk McKoy/Los Angeles Times/MCT)

Beyoncé has proven that she is even bigger than Santa Claus after she gave her fans a new album as an early Christmas present Thursday night. Queen Bey stealthily released her fifth studio album, Beyonce, on iTunes without any warning, and when word spread, the Internet nearly exploded.

Beyoncé’s self-titled album is the newest album she’s put out since 2011’s 4 and features collaborations with top names in the music industry. Guest artists include Jay Z, Drake, Frank Ocean and even the singer’s daughter, Blue Ivy.

The album boasts 14 songs and 17 music videos (a video for each song, plus extras). Beyoncé described the album as a “visual album” in a video on her Facebook page. “I see music,” she said. “It’s more than just what I hear. When I’m connected to something, I immediately see a visual or a series of images that are tied to a feeling or an emotion, a memory from my childhood, thoughts about life, my dreams or my fantasies. And they’re all connected to the music.”

The "Single Ladies" singer has apparently been working on this album since summer 2012, and her team somehow managed to keep it under wraps for over a year and half. With so many artists who struggle with leaked albums, how did she manage to pull this off? Because it’s Beyoncé, duh.

Beyoncé explained why she decided to drop her album so suddenly, and without any pre-promotion, or even a hint of the release:

“I didn’t want to release my music the way I’ve done it,” she said, according to the Los Angeles Times. “I am bored with that. I feel like I am able to speak directly to my fans. There’s so much that gets between the music, the artist and the fans. I felt like I didn’t want anybody to give the message when my record is coming out. I just want this to come out when it’s ready and from me to my fans.”

Fans were not the only ones who were excited about the surprise release; even celebrities were losing it over the new album.

Demi Lovato could not contain her excitement as she tweeted to the world her love for Beyoncé: “I'm literally FUH-REAKING OUT over this new #BEYONCE... The music vids?!!?! I CANT HANDLE THIS MUCH FIERENESS.... #NOJOKE #DYING," the "X Factor" judge exclaimed. "Sexiest woman ON THE PLANET... and WHO DIRECTED THESE VIDEOS?!!? #OBSESSED #BEYONCE #imightbeobsessedwithher #IWANTTOBEHER."\

In a slightly calmer fashion, Katy Perry tweeted what every Beyoncé fan was thinking in their head. "Don't talk to me today unless it's about @Beyonce THANX."

Jordin Sparks, however, shared the most common reaction of Beyoncé fans - she was speechless. “I just...I just...@Beyonce is amazing," she tweeted.

Though the album release itself might have come out of the blue, it comes as no surprise that the explicit and clean versions of “Beyoncé” are currently No. 1 and No. 2 on the iTunes charts.

According to her record label, the Beyoncé album will be available at retail stores in time for the holidays. Keep your eyes peeled for the actual date, because this is sure to be a present that’s on everyone’s list.

Blog
Bad Bunny to fight The Miz at Wrestlemania
477 views

Blog
Even after backlash from ‘insane conservatives,’ Cardi B makes music history with ‘Up’
315 views